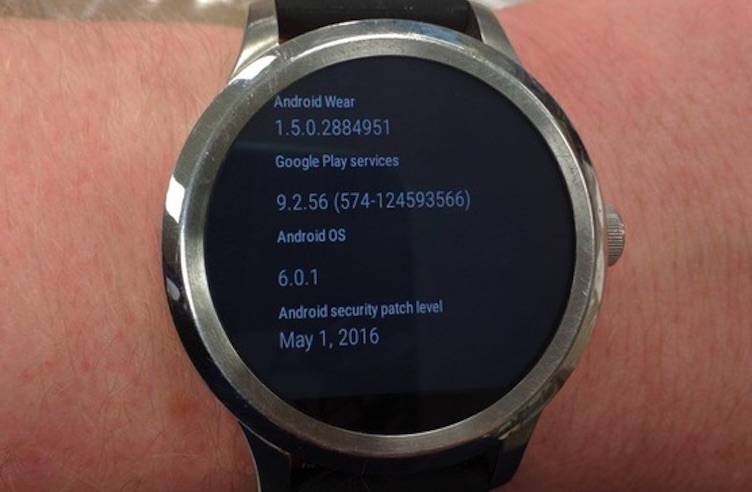 There was no announcement or hint given but it seems the Fossil Q Founder is now eligible for the particular update according to a Redditor who shared the news. A certain ‘z3rods’ shared that his Fossil Q Founder got Android Wear 1.5 recently. He posted an image of the smartwatch with information that the version supports Google Play Services 9.2.56 and that it’s compatible with Android 6.0.1 Marshmallow. It also has the Android security patch level up to May 1, 2016.

The update seemed to have rolled out OTA since others pointed out they still have the Android Wear 1.4.0 upon checking system updates manually. Actually, the rollout is not only for the Fossil smartwatch because Huawei Watch owners also said the same thing. Not much have been shared by the lucky smartwatch owners but one noted how the restart option was a nice addition. We didn’t even notice that it was removed at some point but it seems the smartwatch owners are happy with the news.

We’re assummng other wearables will also get their Android Wear 1.5 updates before Android Wear 2.0 is released for the latest smartwatch models.