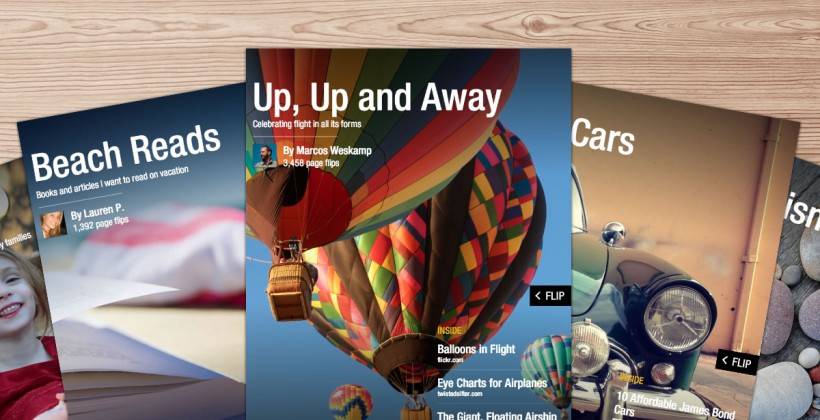 Flipboard 2.0, which brought the Magazine feature, was originally unveiled one-year earlier. This setup rolled out for iOS users right away, and then later arrived for Android users in early May. Well, as of today the folks at Flipboard are doing a bit of celebrating and have mentioned how users have created seven million magazines since this launched.

For those not as familiar with the Flipboard Magazine setup, these basically allow the user to build a collection of favorites. This includes everything from text articles to images, video and audio. Nicely, users can also share these magazines with others once they are created.

Details coming from the Inside Fliboard blog mention how they didn’t know how the community would use them, but that from what they have seen since — there have been magazines that inspire and inform as well as some that are beautiful, reflect your passions and even make them laugh. As part of the one-year, having reached seven million milestone, Flipboard has shared the #MagsWeLove magazine.

This magazine was setup as a “staff-curated guide to some of the most engaging reads on Flipboard.” And just like you can with other Flipboard Magazines, you can subscribe to #MagsWeLove and expect it to be updated daily. Otherwise, in regards to those seven million that have already been created, that breaks down to 19,178 magazines per day, or 13 magazines per minute.