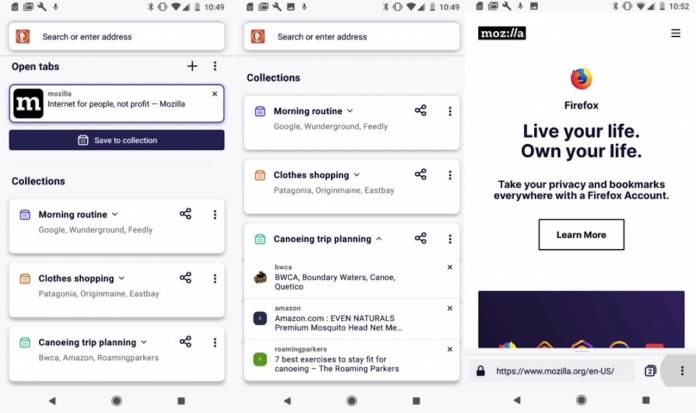 Mozilla is one of the few big tech companies that regularly send out updates to its numerous products and services. It won’t be a popular name if it doesn’t do the job right. From desktops to mobile, its web browsers can be trusted although there are some issues encountered that nothing a patch or update can’t fix. The last Firefox for Android news we mentioned was when the app would start to block audio and video autoplay. We also remember the update for improved bookmarking and PWA support way back last year.

This year, Firefox for Android is getting an important upgrade in the form of
Firefox Preview. It’s a totally new browser for Android. It’s a new strategy for mobile users as it comes with more features that a consumer really needs.

Mozilla’s flagship is out in a new version. This Firefox Preview follows Firefox Focus which is also another mobile browser for Android and iOS. This Preview is similar to Focus in many ways but with better privacy and security, easier to use, and more convenient browser features. If that’s not enough for you, know that the Firefox Quantum level performance is being implemented. This means speed and power all the time right on your Android smartphone.

Mozilla has taken advantage of its new browser engine known as GeckoView. It’s the same engine that allows enhanced privacy settings and better user-control. Firefox Preview is also lightweight so it’s quick to run and work all the time.

Firefox Preview based on GeckoView offers better flexibility of privacy and security features. Expect browsing to be 2x faster than the older Firefox for Android version. The design is also more minimalist now beginning with the bottom navigation bar and the start screen. Trackers are blocked by default so you won’t have to deal with them, resulting in faster browsing.

The new mobile browser app features Collections so you can efficiently store, organize, and share your collections of sites. The browser can also save your tasks, shopping lists, travel planning, notes, and the usual morning routine. Check Firefox Preview on the Google Play Store to download directly.