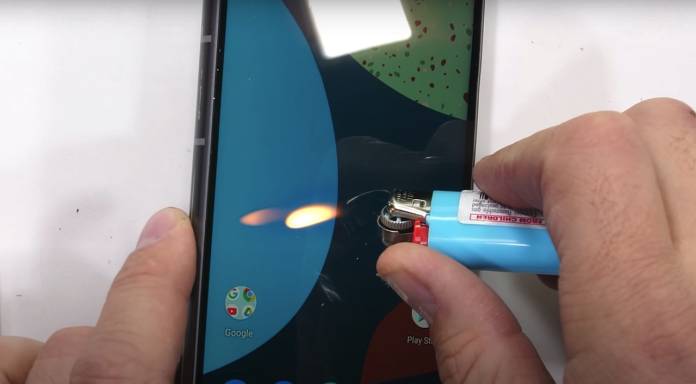 The Fairphone 4 has been making some noise these past few weeks. A teardown video of the modular phone was released last week and we learned it really is repairable and modular. The phone that was officially revealed in September after several leaks has reached JerryRigEverything which means a proper durability test. The Dutch phonemaker has aimed the phone to be sustainable. It is easy to repair. Some parts are also designed to be replaced so it can last longer than the usual two-year average lifespan of smartphones.

Zack Nelson did the usual tests: Scratch, Burn, and Bend. With only a Gorilla Glass 5 protection, the display scratched at level 6. As usual with such screens, there are deeper groves at a level 7 on Mohs Hardness Scale.

The frame of the smartphone is said to be of anodized metal so it still scratches. It’s the same with the plastic rear panel where you can see the scratches from a razor blade.

Under the heat, the Fairphone 4’s IPS LCD screen only lasted up to ten seconds. A black mark was seen but the display did fully recover as if nothing happened.

The Fairphone 4 is fairly a well-built phone. The bend test didn’t do anything to the device. The phone survived the standard durability test.

You have seen how the older Fairphone models are still surviving. The Fairphone 2 was promised to receive the major Android 10 OS update. It’s not Android 11 or Android 12 yet but the Fairphone 2 is an older phone. The Android 10 is already good news but we are looking forward to more upgrades not only on software but also hardware.