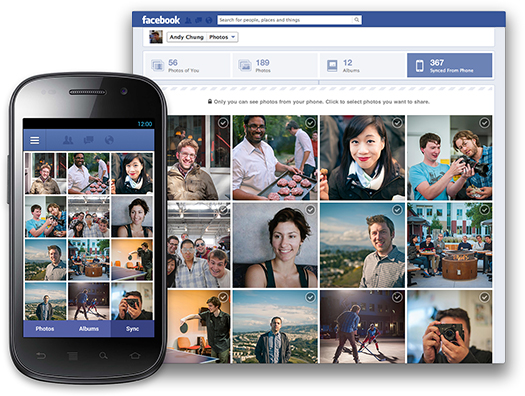 Facebook is now currently testing a new feature on Android called “Photo Sync“. It works by uploading photos that you take with your phone straight to your Facebook account. It’s been rolling out to only a select number of users, which is what Facebook likes to do when testing out potential new features.

Facebook’s new Photo Sync feature more or less works the same way that Google+‘s Instant Upload works, as well as Apple’s Photostream. With Photo Sync, whenever you take a picture on your Android device, the photo automatically uploads to your Facebook account, but will remain private inside a special “Synced from Phone” tab until you give it the go-ahead to publicly post it to your profile.

No word yet on if this will be a permanent feature to be rolled out to all users or how long the feature will stay in its testing phase. To see if it works for you, go to your Timeline in the Facebook app, tap Photos, and then tap Sync (if it exists). If it doesn’t show up, you’re one of the unlucky ones.