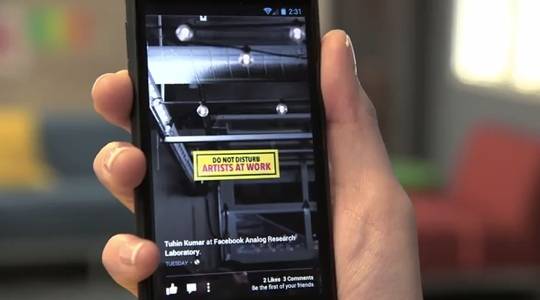 Facebook Home originally launched back in April. This was right around the same time the HTC First Facebook phone launched with AT&T and while that handset has long since disappeared from the memories of many, it looks like Facebook is not quite ready to give up on Home. We saw an update back in October that added support for a variety of other social services, and more recently, Facebook has dropped a first look style video teasing the next update.

The video is on the shorter side clocking in at a little more than a minute. And so far, this latest update has yet to arrive in the Play Store. While we wait for the arrival, we are seeing from the video that it will bring a bit more control over what you are seeing. Perhaps one important aspect here, those using Facebook Home will gain some control over the images they see when they turn the display on.

As far as that last bit, Facebook Home will now allow the user to set their own wallpaper. Towards the bottom there will also be the time and date as well as names of friends who have recently posted. From here you will be able to swipe to the right to see posts. Once in a post you can press and hold to zoom out and double tap to like. Another gesture is the swipe down, which will take you to the more familiar Android homescreen setup.

From the regular homescreen setup, users will be able to tap the Cover Feed app shortcut to go back to Facebook Home. A few other tidbits shown in the video include being able to access the settings from the lockscreen. The settings are where you will be able to add/remove other connected accounts and adjust the wallpaper. Lastly, there was also mention of being able to hide posts that you don’t want to see in Cover Feed.