Obviously, any news of a new Android device is good news even if still considered a rumor. The next smartphone model we should focus our attention to is this DROID TURBO we believe is by Motorola and recently spotted at the FCC grounds. A Verizon version was also leaked a couple of weeks ago and in a leaked manual only yesterday. And who could forget its appearance at GFX bench too? We’ve heard a lot about this smartphone but it has yet to be announced officially.

The latest information we heard is that the device will have a 3,900mAh Battery so it means phone will have a longer battery life. A DROID Turbo image was seen in a Chinese e-commerce site TaoBao. The image shows off the official battery size and some specs: a 5.2-inch display, 21 megapixel camera, 3GB RAM, and Moto suite of services. 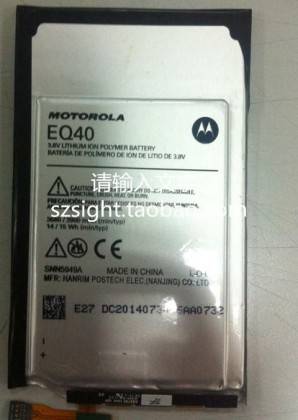 No official announcement yet from Motorola but rumor has it the smartphone will be unveiled either on the 28th or 29 and will be available on the 30th. We’ll see.