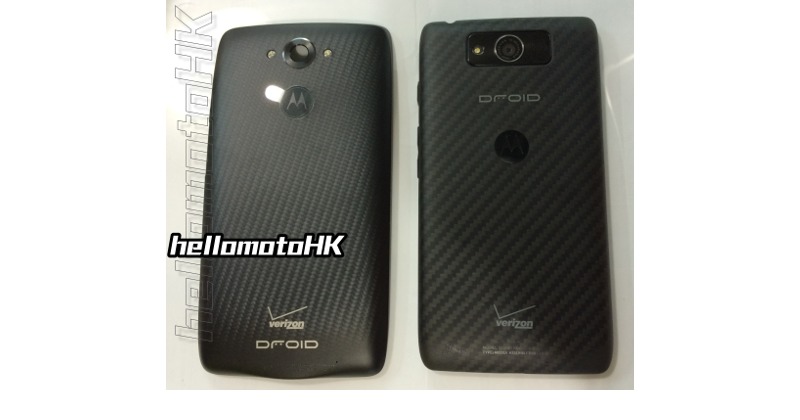 The new Moto X may have just gone live, but Verizon subscribers might soon have a few more options to choose from, or to confuse them a wee bit. Leaked photos and specs hint at the coming of another DROID for Verizon, dubbed the DROID Turbo, with a curious mix of specs. Plus another part of the Moto S leaks out, this time the back cover instead of the front.

Verizon has enjoyed a special relationship with Motorola, having a whole line exclusive to it. This year won’t be any different, with this DROID Turbo, model number XT1254, rumored to be coming soon. This smartphone is interestingly quite similar to the second generation Moto X, except for two or three details. The leaks point to a 5.2-inch Full HD display and a 13 megapixel rear camera with dual LED flash, just like the flagship, albeit with a slightly different positioning for the LED flash.

Where it diverges starts with the processor, a Qualcomm Snapdragon 800 instead of an 801. Curiously, the blurry shot of what looks like the front panel of the device suggests that there will be capacitive hardware buttons rather than the Google-preferred on-screen software ones. The absence of any speaker grill on the back cover, which, by the way, sports that same ribbed design as other DROIDs, hints that there will be front-facing speakers. The front panel photo, however, might suggest otherwise.

In this round of Motorola leaks, we once again get a glimpse of the Verizon Moto S, or at least part of its shell again. Previously, we saw the screen protector for the device that hinted at front-facing speakers too. This time we’re being treated to the smartphone’s alleged back cover, vis-a-vis with the 2nd gen Moto X and Moto G. While it doesn’t give us much to work with, it does show the larger size of the Moto S, seemingly confirming its close to 6-inch body that would match speculations about a Motorola “Shamu”, a.k.a. the next Nexus smartphone. 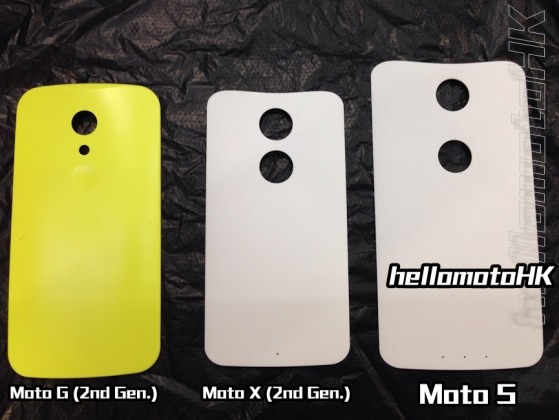