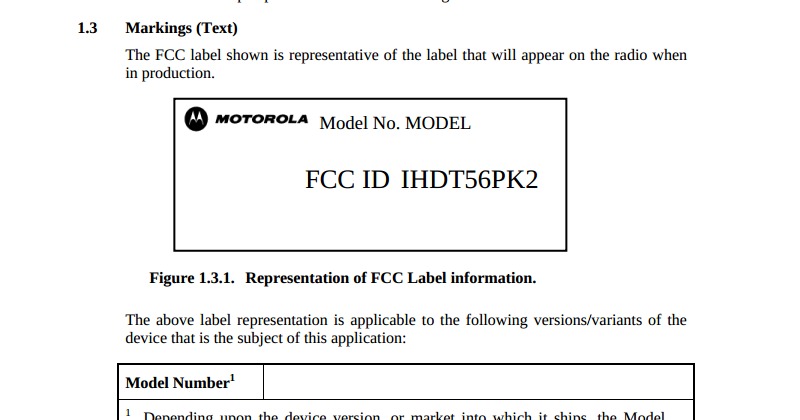 Another Motorola smartphone has dropped by the FCC but it might not be the device that many think or would like to think it is. Given the proximity of the dates for the next Nexus devices and next Android version announcement, it is almost too easy to presume that this would be the anticipated Motorola Nexus 6. However, it could also be something less spectacular but not entirely uninteresting to some users: a DROID Turbo/Quark not for Verzion but for its rivals AT&T and T-Mobile.

The names “Quark” and “DROID Turbo” were thrown around last month as potential Motorola devices heading for Verizon, traditionally gifted with the DROID brand. The Quark was first seen in a similar FCC filing, with the FCC ID IHDT56KP1 and support for Verizon’s LTE bands. This was speculated to be the successor to the DROID MAXX. That successor was more formally named as the DROID Turbo in subsequent leaks and a sighting on the GFXBench website confirmed that name as well as some rather juicy specs. 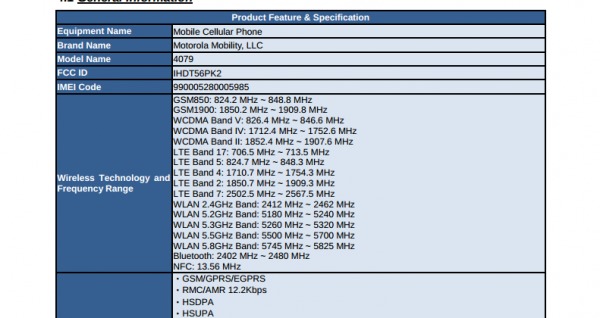 This Motorola device filed at the FCC doesn’t hint at the same name but connections can be made solely via ID numbers. This one uses the FCC ID IHDT56KP2 and is noted to be “electrically equivalent”, at least in terms of communications components, to the IHDT56KP1, the latter of which was clearly marked as Verizon’s Quark based on the software version. None of that clear marking here but the LTE bands that it is noted to support include bands 2, 4, 5, 7, and 17, the very bands that AT&T and T-Mobile support. 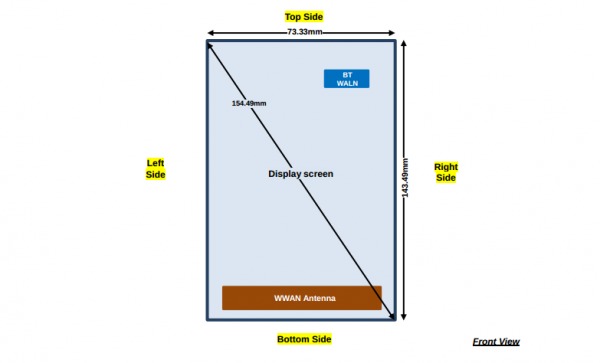 Given that this is the FCC, no other information can be gleaned about the device. But if they are one and the same and is indeed the DROID Turbo, we can presume a large QHD screen, fast Qualcomm Snapdragon 805 processor, 3 GB of RAM, a 20 megapixel rear camera, and fast Turbo charging support. Whether or not this device will retain the DROID branding, which is an exclusive Verizon name, remains to be seen.