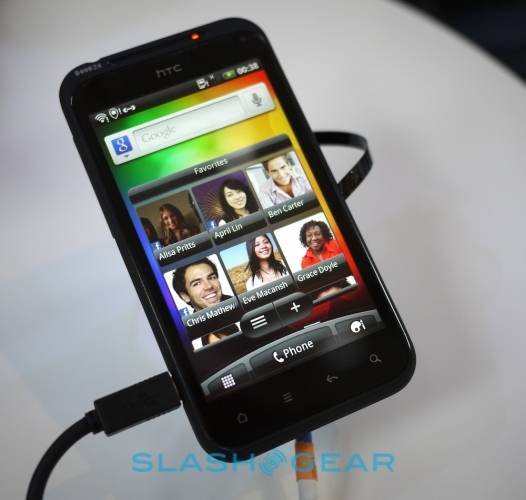 Hooray! It’s just dump day here on Android Community. It appears that a friend of ours from the forum by the name of romaddict has just posted no less than a full dump of the Droid Incredible 2 Android smartphone. Incase you are unaware, this is the phone that was basically just identified as being about to run on Verizon with a lovely logo. It looks rather similar to the HTC Incredible S, and it’s chock full of goodies. Would you like a sampling? Let’s have a look!

The image above is the HTC Incredible S, essentially the same.

If you’re disinterested in what we’ve found inside and would like to skip right over to downloading the file, head to [the discussion forums] to find the files as hosted by romaddict on multiupload. You gonna love it!

NOTE: it appears that TalkAndroid has also had a look at this set of files, assuming it’s the same, and we’re pretty sure it IS the same, since that’s how these things go, so lets recreate what they’ve got and compare notes, in a sort of way: Sense 2.1 with landscape previews, DNLA, VZW_Golf game, No Bing, CityID, Wifi_Router [app], Skype_mobile.1.6.0.7.live.apk, Blockbuster app, and as they note, no Netflix. This last note is more than likely up because there’s been rumors that an Android Netflix app’s been on the way for some time now. In fact it looks like it’s here before anyone really thought it would arrive. Have a look and find the rest of the goodies!