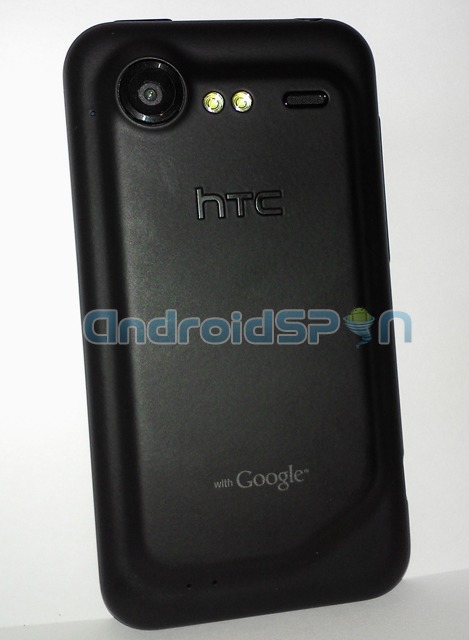 You know how sometimes there’s a phone in one country and they call it one thing, then there’s that same phone in a different country and they call it something else? That sort of thing is happening right now with what AndroidSPIN has listed as a Verizon HTC Incredible 2. They’ve got pics of it from an unknown source and have a list of specifications for it that are suspiciously close to what we know are attached to the phone that just happens to look exactly the same: the HTC Incredible S, which we personally held and flipped over in our hands at Mobile World Congress 2011.

Then have a peek at the specs the HTC Incredible S is known to have rolling out with soon:
4.0” Super LCD WVGA
Android 2.2 (Froyo) w/ Sense (Updating “early on” to Android 2.4 Gingerbread)
8MP camera w/ flash — note, on both phones this is a dual-LED flash – cool!
1.3MP front facing camera
1Ghz Qualcomm MSM 8225 processor
1.1GB internal storage
768mb of RAM
1450mAh battery

Same phone? We say essentially yes. Take a peek at the slight differences in the OS it’ll be launching with as well as the Qualcomm processor number it’ll have aboard. Have a look at the image of the Verizon version below aside the hands-on look we had [via our sister-site SlashGear] with the Euro version of this phone in Barcelona at Mobile World Congress 2011.