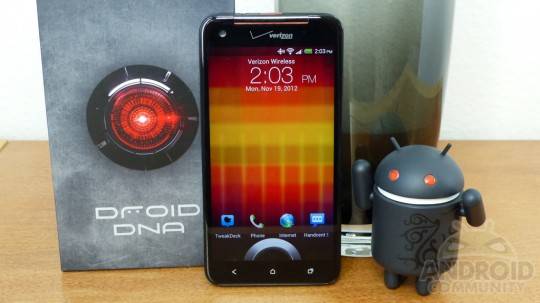 The changelog has been posted by Verizon and the timeline has been shared by HTC’s Executive Director, Product Management. The details were shared on his @moversi Twitter account and came as follows;

“DNA Owners! We have received technical approval from Verizon on OS 4.2.2 + Sense 5!! Thank you for your patience, the OTA will go out soon!!”

That was then followed with word the update “should” start today. We will see if Verizon is able to keep the schedule, but in the meantime, there is the changelog. Along with 4.2.2 and Sense 5, this update will have your handset going to software version 3.06.605.4 with baseband 1.01.01.1012.

Perhaps more important than a few changes in numbers though, this is actually a rather big update. To that point, it is one that will be noticeable right from when your handset first reboots. DROID DNA users will be seeing an updated People app, Calendar app, Dialer app and Gallery app. This update will also add Video Highlights and BlinkFeed as well. 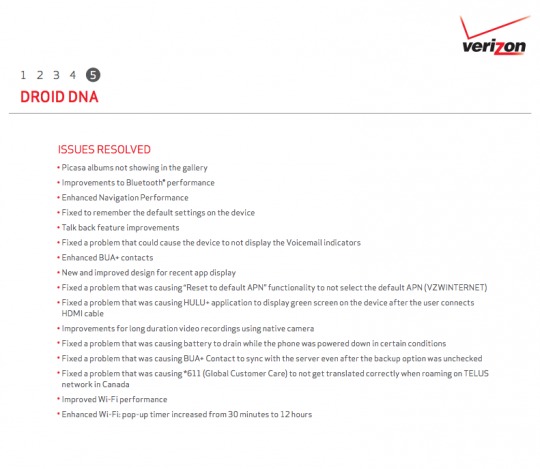 Along with these changes, there are nearly twenty items listed in terms of issues that will be resolved. That full list can be seen above. Otherwise, it doesn’t appear HTC and Verizon are done with the DROID DNA either. Further comments from the @moversi account mention that 4.4 (with the latest Sense update) are on track for Q1 2014.