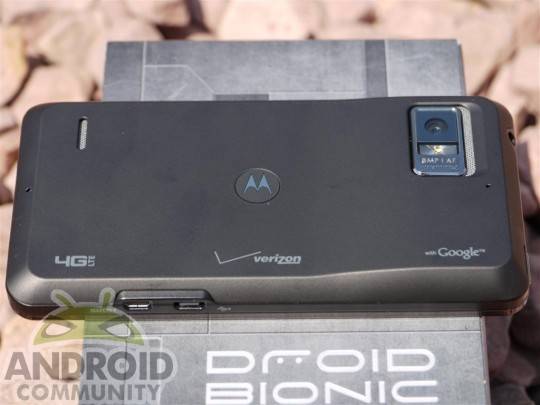 Late last week we reported the Motorola DROID Bionic was finally set to receive Android 4.0 Ice Cream Sandwich after a long long wait. Over the past few days the update has slowly begun rolling out to DROID Bionic users and today it appears to be full steam. Sadly the wait for Jelly Bean will probably be a long one.

Motorola and Verizon were slow to update their once king of the hill Bionic to the latest and greatest, but now it’s finally available. If you’ve not received the update yet, the notification should be appearing any time now. We heard small reports the update was rolling out on Monday, but today it’s rolling out to the masses according to multiple reports.

As usual you can just wait for the update to arrive, or manually head to settings > about phone > check for updates and pull Android 4.0 Ice Cream Sandwich yourself. The update brings a seriously improved user interface, a neat new clock widget, and tons of improvements to the aging smartphone.

The image below is the full change log right from Verizon on what to expect from ICS on the DROID Bionic. As a reminder, the Android 4.0 ICS update is a rather large one so it could take a solid 10-15 minutes to install. Make sure to have plenty of battery life before accepting the over-the-air update as well, just to be safe. We’re hearing good reports this afternoon that the update is running smooth and stable. Drop us a comment should you have any issues.