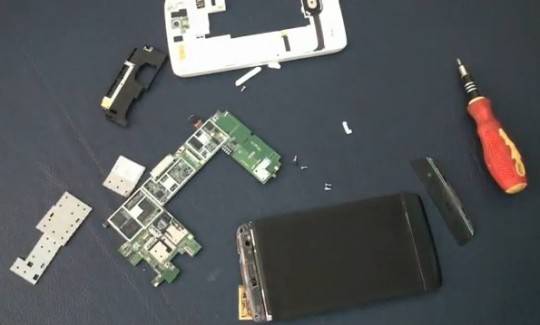 Last year on October we heard of the Android-powered Dell Streak MID, then a month later, there was a rumor saying this device would be arriving at AT&T. Well, it hasn’t arrived just yet, but someone over at Tinhte already had fun tearing the Dell device down.

The Dell Mini 5 (aka Dell Streak) had a “surgery” which revealed a 1,530mAh battery, a 3G modem with SIM slot and WiFi support. The 5-inch Android-powered device also comes with the already famous 1GHz Snapdragon processor.

The video also reveals that this new device from Dell comes equipped with not only one, but two microSD card slots. It is believed that one of those slots might be for either onboard storage or for Google’s Android OS. No word on pricing or availability.