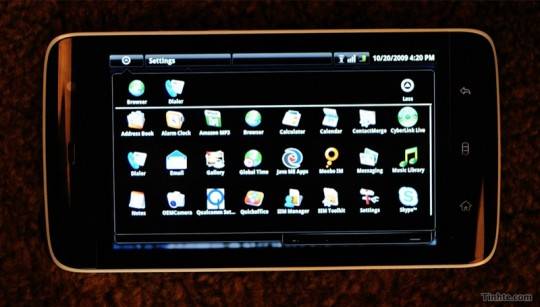 We hear from sister site SlashGear about the Dell Streak MID, which will use Android as its Operating System. Chinese Commercial Times is claiming that AT&T will be the US carrier of this Dell device, and that it will be built by Qisda. An exact release date was not given, just the year, which is 2010.

Now at this point in time, all this is just rumors, but it is kind of weird and funny that the company that hasn’t release a single Android device and the company who doesn’t want to release an Android phone in the US – at least not yet – join forces to release this device. Maybe it makes sense, maybe I’m just crazy, nevertheless, it is weird. Don’t you think? Let us know in the comments what you think is going on.

Anyway, the Dell Streak seems to be a nice device, and as far as we know, it sports a 5-inch WVGA 800 x 480 touchscreen, WiFi, Bluetooth and 3G WWAN connectivity. It also has a 5-megapixel camera with dual-LED flash, a microSD card slot for extra storage, and a 1,300mAh battery.