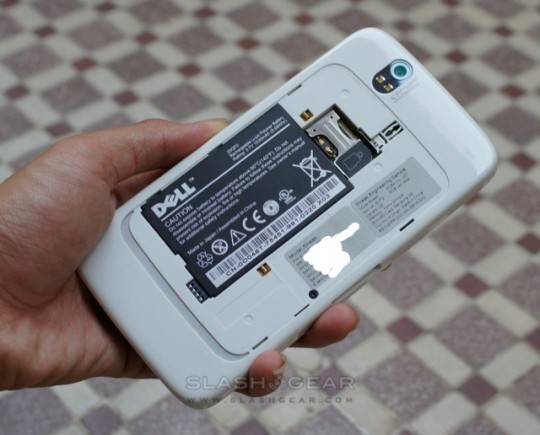 I guess Dell is not only getting set to launch its Android-powered smartphone on the US market next year. Today some leaked pics of an Android-powered MID from Dell called the Streak have turned up online. The machine is pegged as a model for the US according to its label.

What we know feature wise is that the machine has a 5-inch screen with an 800 x 480 resolution and runs Android 2.0. Other features include Wi-Fi, Bluetooth, and 3G connectivity. The device sports a 1300mAh battery as well.

The front of the machine is sparse with only three buttons for navigating the device and the leaked device is an engineering prototype, which could mean significant changes for the finished device. The Streak has a rear mounted 5MP camera and dual LED flash and a front mounted camera for video conferencing.