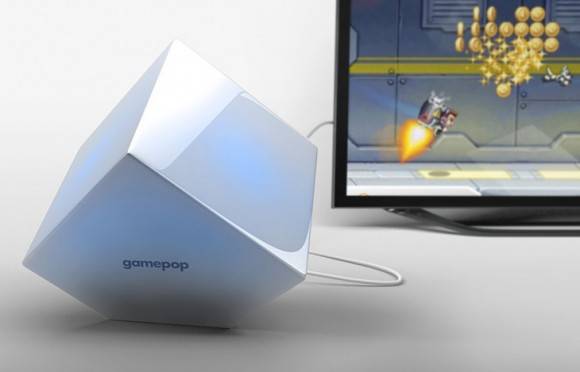 BlueStacks announced the GamePop Android gaming console way back in May of 2013. The GamePop was said to be a subscription based game system. Pricing was set at $99.99 with a monthly fee of $6.99. BlueStacks even offered an early bird deal which included a free console if you were willing to pre-pay for a year long subscription. It was all beginning to sound good, then we saw BlueStacks announce the GamePop Mini, and then the talk went quiet.

While that wouldn’t be so bad by itself, the controller looks pretty basic. To that point, it was said the controller “fits ergonomically in the hand when used vertically, but that is also oddly lopsided when used horizontally – as you would for the bulk of your gaming needs.” Not to mention, both the console and controller were described as being made up of a “none too impressive plastic.”

This doesn’t seem to be adding up to a solid experience by any stretch of the word. Then when looking at the game play — it only seems to get worse. You’ll have to read the review to get the rest of the gory details. Otherwise, it seems BlueStacks has also done a bit of shifting in terms of distribution.

There was mention of the GamePop being pushed as a gray label product — possibly towards cable companies, and maybe even hotel chains. It does appear as if this will still be offered direct to consumers, and there was even mention of how those original pre-orders are still expected to be delivered. With that in mind, at least one member of the Android Community team did get in on the original offer and has yet to hear anything in regards to shipping at this time.