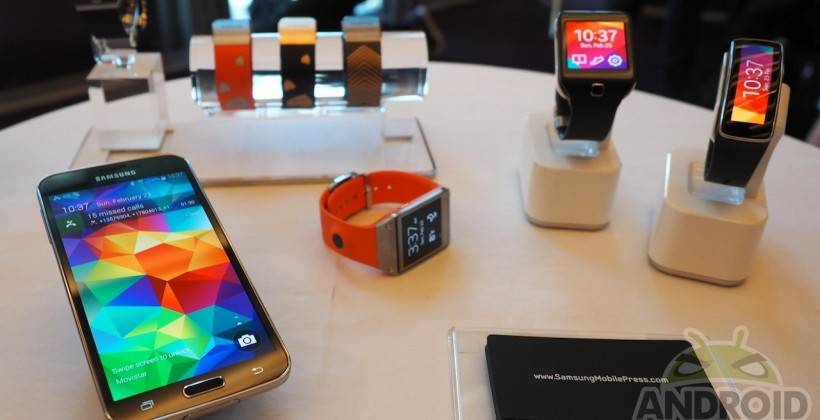 Radio Shack has pre-orders available for the Galaxy S5, and while their $50 discount may be appealing for some — it seems Best Buy may have a trick up their sleeves. Beginning today, March 21st, Best Buy will have the Galaxy S5 available in select locations for an early preview. That said, a call to your local Best Buy may be in order before you make the drive.

You see, while Best Buy and Samsung have confirmed the in-store preview — neither has released a list of stores this will be available at. Instead it was said roughly 100 stores (across 30 markets) will have the Galaxy S5 available for preview. And along with the phone itself, Best Buy will also have the wearables including the Gear 2, Gear 2 Neo and Gear Fit.

Interestingly, this marks the first time Best Buy has been used to showcase a phone prior to the official launch. Of course, this isn’t the first time Samsung and Best Buy have gotten cozy. The retail giant had an exclusive offering on a blue version of the Galaxy S4. Not to mention, there are more than a handful of Samsung Experience Shops in Best Buy retail locations across the US.

This Best Buy Galaxy S5 early preview time is part of the global showcase announced by Samsung. Details for the showcase include a preview coming to 61 markets beginning today, March 21st. In terms of carrier availability, AT&T and US Cellular began accepting pre-orders today, Sprint will have it available beginning on April 11th, and T-Mobile will have pre-orders available from March 24th.