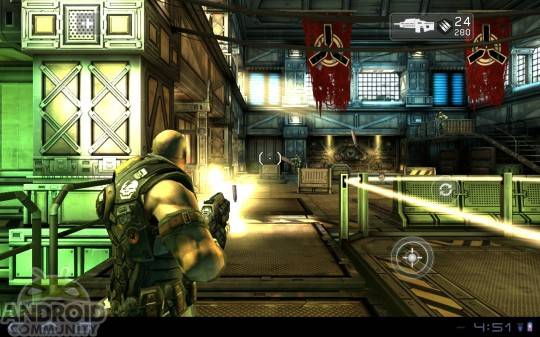 Game developers are an opinionated bunch, they’re thrilled that modern distribution platforms like Steam and the Google Play Store allow them to cut out the publisher middleman. To celebrate this, an impressive conglomeration of developers has banded together to create the Because We May promotion, running from today until June 1st. Almost sixty Google Play Store games have been put on sale, all of them at least half off and some of them even more.

Some of them aren’t small titles, either, at least by the standards of indie developers. You’ll find Shadowgun, Fieldrunners, Riptide GP, World of Goo and many, many more on the official Because We May Android page. At least two of these games, puzzler Coins and physics game Apsis, are completely free.

Here’s the full list – check the Becase We May Android page for links:

Dedicated gamers can check out the similar lists across Steam, Mac and iOS stores, or even direct downloads for PC games. Some of them are discounted by more than 75%, so if you fancy yourself an indie gamer, you’ll definitely want to check it out. All the direct downloads are DRM-free, in keeping with the Because We May theme. Just remember to get all your shopping done by June 1st.