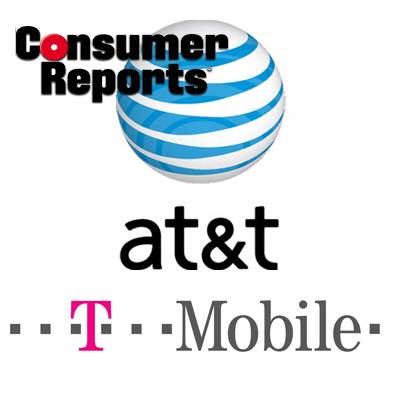 Consumer Reports has an interesting breakdown of how the AT&T purchase of T-Mobile USA will affect subscribers of both wireless services. In the breakdown, they list five areas which, for good or bad, will be of interest to customers including overall service, price rates, how it will affect Sprint, network coverage and if the deal with be approved by the FCC or not. The consensus is, that T-Mobile customers will see a price hike, being that the Get More network has one of the lowest pricing schemes amount the major wireless providers. But the downside is that customer satisfaction for T-Mobile customers may take a huge dip since Consumer Reports considers AT&T to be amongst the worst companies in that rating. By contrast, we reported that JD Power found the opposite to be true. So depending on who you’re with, you’ll be disappointed or elated. What are the other factors at play?

Coverage is likely to improve since both networks will combine, with rural customers seeing a benefit. Data wise, however, AT&T has already said many of T-Mobile’s towers will be converted to 4G over the next several years since T-Mobile’s bandwidth is on a different wave length. Analysts think the big loser is Sprint, as it’s not likely it’ll survive in it’s present form. Will that force the Now Network to look for a buyer like Verizon or maybe merge with a smaller network just to keep pace?

But the big question is … will the merger be approved by Uncle Sam? Stories are going around that AT&T is preparing for a protracted long battle that will end in victory, but with conditions to ensure competition remains industry wide. Losing a player in a shrinking field can affect pricing, innovation, and customer satisfaction, so if AT&T gets the deal approved, and many think it ultimately will, it won’t be a rubber stamp.