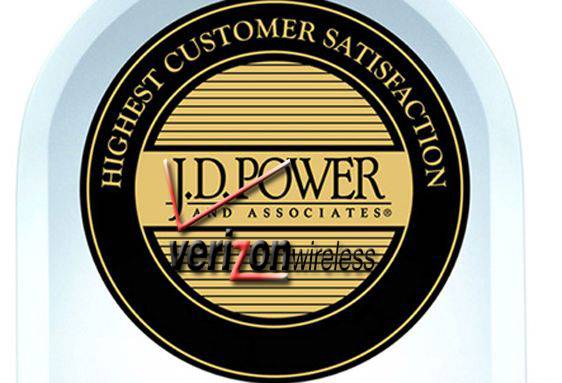 In it’s most recent study on call quality, consumer polling firm JD Power has found that Verizon Wireless provides the best call quality nationwide than any other mobile carrier. T-Mobile, who’s slogan is “get more,” was voted as consistently “below average.” The study gauged customer satisfaction with wireless carriers and measured factors such as dropped calls, failures to connect, voice quality, echoes, static and late arriving text messages.

Verizon scored the highest, or was tied for the highest, in five of the six areas. Sprint and AT&T jockeyed for second place in the customer satisifaction survey with T-Mobile bringing up the rear in all categories. But regardless of it’s high marks, the reality that JD Power found was that even with smartphone usage rising, the overall call quality is plateauing, and the more people burden the networks with ancillary cellphone usage, the greater the quality is liable to drop.

WESTLAKE VILLAGE, Calif.: 3 March 2011 – Shifts in wireless phone usage, including smartphone and texting use, as well as an increase in the percentage of wireless calls being made and received inside buildings, has led to a halt in overall call quality improvement, according to the J.D. Power and Associates U.S. 2011 Wireless Call Quality Performance StudySM-Volume 1 released today.

However, among wireless customers who use data-intensive devices such as smartphones or who have high texting activity, problem rates are higher than the industry average. Problem rates among users of smartphones average 13 PP100, while problem rates average 14 PP100 among heavy texters. These shifts in usage patterns have slowed the historic improvement in call quality, which steadily improved between 2003 and 2009. However, during the past two years, there has not been a significant change in overall call quality performance across the industry.

“The performance gap has definitely lessened between indoor and outdoor calls, and the increase in frequency of calls placed indoors suggests that many customers today are quite confident in their carrier’s wireless network,” said Kirk Parsons, senior director of wireless services at J.D. Power and Associates.

According to Parsons, as this trend continues, it will be critical for wireless carriers to improve coverage for indoor locations. Additionally, increased adoption of smartphones and wireless tablets may continue to compromise the quality of network service, with connection issues holding particularly high potential for problems.

* Wireless usage patterns continue to evolve, as fewer calls are being made or received and customers are using their devices more often for text messaging, which increasingly is the preferred method for communication. The study finds that wireless customers receive 161 text message notifications per month, on average-17 more than six months ago (144) and nearly 65 percent more than just two years ago (98).
* PP100 scores continue to be higher among smartphone customers than among traditional handset customers-13PP100 vs. 11PP100. However, problem rates for traditional handsets have risen, compared with those reported six months ago (an increase of 9 PP100, on average).
* Among the top 27 U.S. markets, average PP100 scores are lowest among wireless customers in the Cincinnati and Pittsburgh metro areas (6 PP100), and highest among wireless customers in the Washington, D.C. metro area (18 PP100).

The 2011 Wireless Call Quality Performance Study-Volume 1 is based on responses from 26,019 wireless customers. The study was fielded between July and December 2010.