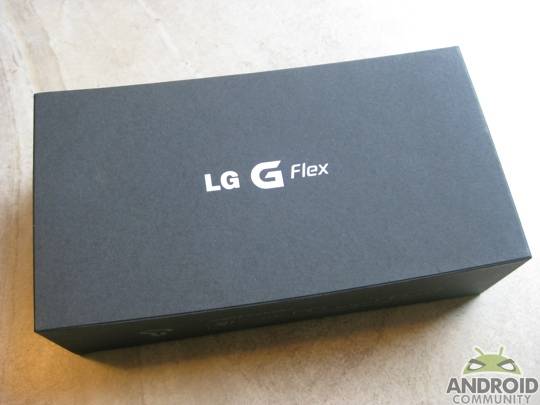 AT&T announced details surrounding the availability of the LG G Flex earlier back in January. At the time AT&T offered pricing details, and began accepting pre-orders within a few days time. Well, flash forward till the present day and the handset is now available for purchase by way of the AT&T website.

We aren’t seeing any surprises in terms of the pricing. To recap, the options include $299.99 on a two-year agreement, $694.99 going full retail or $25 per month using the AT&T Next installment plan. Regardless of which purchase options works best for you — the handset is the same. That means the LG G Flex with 6-inch curved display. And true to the name, the LG G Flex is indeed able to handle a bit of flexing.

The display resolution is 1280 x 720, and otherwise, the LG G Flex is powered by a Snapdragon 800 processor with 2GB of RAM and 32GB of internal storage space. Those considering a purchase will also find Android 4.2 along with a 3500 mAh battery, 2.1 megapixel front-facing camera and 13 megapixel rear-facing camera with auto-focus, an LED flash and 1080p HD video recording.

AT&T has said shipments will begin on February 5th. Aside from AT&T, another US based carrier is just about ready to launch the LG G Flex. The other carrier is T-Mobile, who will begin accepting orders tomorrow, on February 5th. The T-Mobile pricing is $0 down with 24 monthly payments of $28. T-Mobile is also offering a Netflix special — 6 months of free streaming for those buying the G Flex.

We’ve also spent a bit of time with the LG G Flex since the US release details were announced. That hands-on time resulted in both a first impressions post, and also a full review.