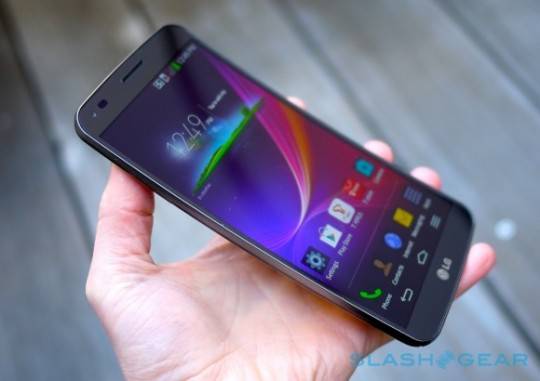 AT&T has announced the LG G Flex is coming soon. For those interested in the curved smartphone, it will be available for pre-order on January 24th. We have the option of ordering in-store or online, and the pricing is as expected at $299.99 with a two year agreement. Gladly, this fulfills an LG promise that we’d see the device stateside in Q1 2014.

If you want to take advantage of AT&T’s Next 12 program, the monthly fee for the device will be $34.75. Next 18 drops it to $26.74, which is more approachable, but locks you in for a longer duration. The G Flex may not be the first curved smartphone we’ve seen as of late, but it’s the first coming to market. The Galaxy Round takes a different approach to curved mobile devices, but we have to admit the G Flex is growing on us.

The curved display is oddly usable, even though we doubted it originally. The curvature actually helps when viewing media in landscape, which we didn’t expect. We were stuck by the size of the device, but the curvature really is neat. It’s also more comfortable to hold in landscape mode, feeling a bit more natural than the plank design of other phones.

Our problem here is the lack of LTE, which sets AT&T’s network apart from others. The G Flex simply doesn’t have the technology inside, making it a confusing choice in 2014. We like the utility, but any lack of LTE after the ruckus caused by the Nexus 4 is a misfire. That, ironically, was another LG device that missed the LTE boat.