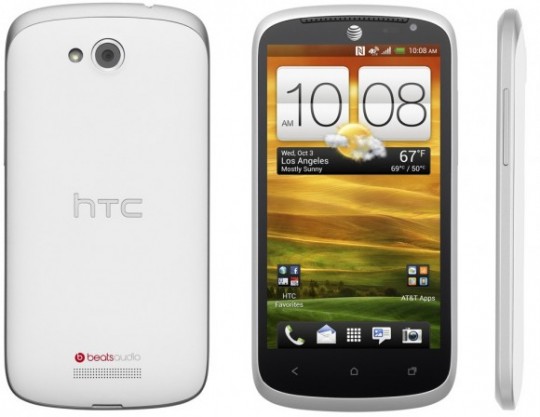 In the highly competitive world of mobile devices, new models are churned out like crazy while older ones, even those just a year old, get left by the wayside. This is why there is much happiness, if not surprise, when a manufacturer, not to mention a carrier, releases an update that breathes new life into not-so-new devices. HTC and AT&T probably delivered some of that emotion to users of its HTC One VX when it rolled out a very significant update over the weekend.

HTC’s budget-friendly smartphone hit AT&T’s stores December last year. The HTC One VX’s hardware is definitely nothing to write home about. It has a dual-core Snapdragon S4 CPU topped with a 4.5-inch qHD display with a 540×960 resolution. It has 1 GB of RAM and 8 GB of internal storage, expandable with a microSD card slot. It may not sound impressive, but for a price tag of $49.99 and a 2-year contract, it doesn’t sound too shabby either. And now it just might get even better.

Near the end of last year, a list was leaked detailing HTC devices that would soon be updated to Android’s Jelly Bean release. Included in the list is the HTC One VX, which originally runs Android 4.0 Ice Cream Sandwich. HTC and AT&T finally delivered on that over the weekend as it pushed an update to the phone’s firmware that brings it to Android 4.1.2 Jelly Bean with Google Now support. Also included in the update is HTC’s Sense UI 4+, just one version shy of the latest Sense UI 5, as well as AT&T LTE enhancements.

The update, which comes at a whopping 629 MB, can be done automatically over the air or manually through a computer. HTC advises setting aside at least 20 minutes for the update, with at least 30% battery charge. As with any firmware update, especially one as big as this, backing up your data is highly recommended.