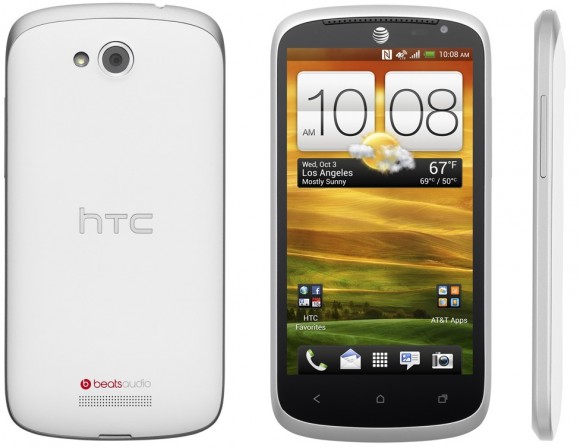 After initial launch plans back in November were delayed, today the folks from AT&T have announced their new budget friendly HTC One VX is available right now. HTC’s new pocket and wallet friendly smartphone is available in stores and online for the low low price of just $49.99 and we have all the details on this impressive phone below.

The One VX would be considered top tier just about a year ago, but now in a world of HD displays, quad-core processors and more this solid and rather impressive smartphone can be yours for only $49.99 and a new 2-year contract from AT&T. That cash still gets a beast of a smartphone powered by Android 4.0 Ice Cream Sandwich, Sense UI 4, and Qualcomm’s very capable dual-core Snapdragon S4 processor.

You’ll be enjoying games and more on the 4.5-inch qHD 540×960 resolution display, and the phone features 1GB of RAM, 8GB of internal memory, and a micro-SD slot for expanding storage. The only other downfall of this smartphone is they’ve lowered the rear camera down to 5 megapixels, compared to the usual 8MP on most HTC devices, but then again for someone not needing the best of the best $49 is hard to beat here.

AT&T announced this new budget phone rather silently, and HTC didn’t say much either. HTC’s busy promoting their new Verizon-powered DROID DNA, and AT&T is pushing the new HTC One X+ quad-core smartphone. Either way this holiday season AT&T customers have an excellent choice in the HTC One VX. Get it today from AT&T and enjoy that beats audio integration.