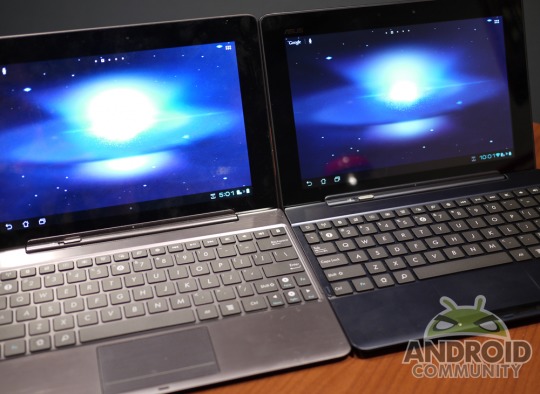 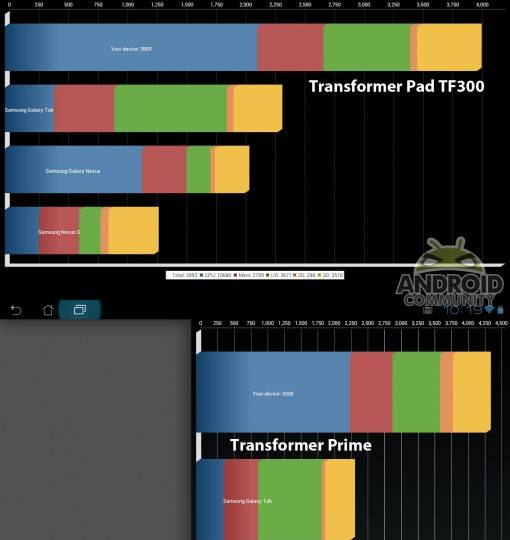 AnTuTu is becoming a more popular benchmark alternative, due in no small part to its comparative database… which the Transformer Prime ruled, until the Samsung Galaxy S III came along. AnTuTu measures the CPU integer and float-point calculations, RAM, 2D and 3D graphics, database access, and SD card read and write speed. For AnTuTu the Transformer Prime scored 10,863, while the TF300 scored 9,421. Again, the advantage goes to the Transformer Prime, by a factor of 15.3%. 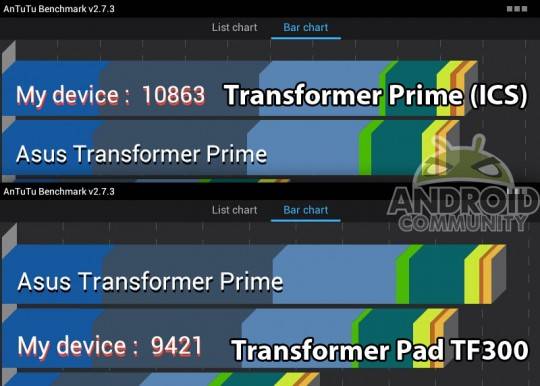 Lastly we have CF-Bench, an app that isn’t used nearly as often as the other two, but which  tests many more parameters, including MIPS performance and Java rendering for both read and write values. In CF-Bench, the Transformer Prime got an overall score of 12,640, while the Transformer Pad TF 300 scored 10,554. The Prime wins by a dramatic factor of 19.7%. 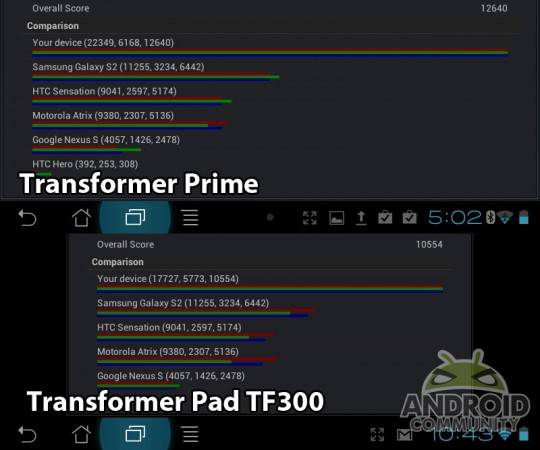 The old adage that you get what you pay for would seem to apply here: the Transformer Prime beats out the Transformer Pad TF300 by anywhere from just below 10% to almost 20% when it comes to pure tests of capability. But that shouldn’t deter potential Transformer Pad TF300 buyers – after all, the cheaper tablet costs 25% less than the Prime for the $379 16GB model, and the difference in storage can easily be overcome by a cheap MicroSD card.