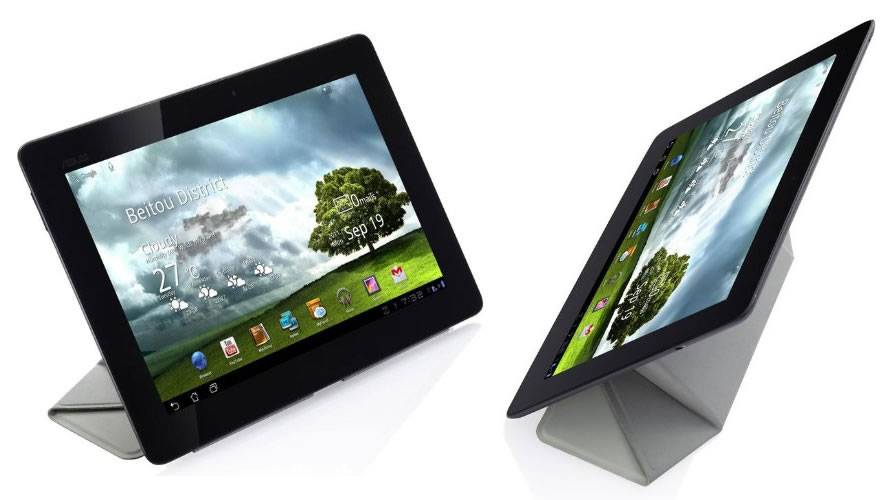 While we all sit and patiently wait for the ASUS Transformer Prime and its quad-core Tegra 3 power to actually hit the shelves and our fingertips, we’ll settle for a few accessories. This here is the Transformer Prime smart cover and I have a feeling Apple wont be happy with what they see. It looks quite a bit different if you ask me, but you never know these days.

We don’t have full details or if this will be an official accessory from ASUS but this here is the smart cover that will protect your lovely tablet, and double as a stand at the same time — who woulda thought? It appears as if this smart cover has learned a thing or two from the Japanese and becomes an Origami master and folds into a neat little stand although the angle might be too low for some. See the image below for an idea of what I mean when I say Origami. 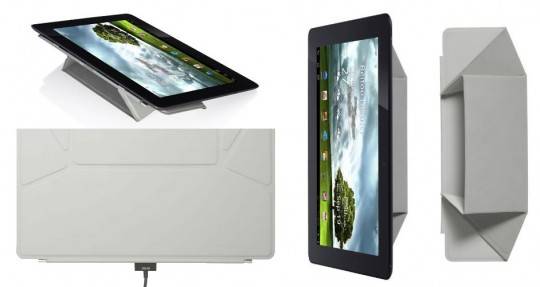 It looks very similar to that unofficial Samsung smart cover we saw a few months back that Samsung quickly denied having any part with to obviously avoid a lawsuit from the likes of Apple. Again, we aren’t sure if this will be sold or marketed right from ASUS but I have a feeling it wont. Either way this case looks as awesome as the tablet does and I surely will be buying both when the time comes.

Who else is buying this quad-core beast — now with a neat little case?