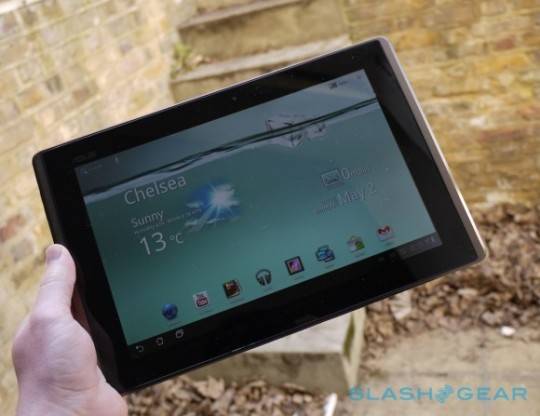 For the past month or so almost all headlines regarding the ASUS Transformer (besides our coverage of its crazy overclocking) has been letting consumers know shipments had just come in. A companion headline letting you know they were already sold out seemed to always follow. ASUS execs are claiming this extreme demand, one striking up jealousy in other Android tablets, will make the Transformer the top dog.

Tablets are obviously hot right now, but according to ASUS, the iPad is the only one which is as hot as their transformer. The Tegra 2 powered Eee Pad Transformer has been the only Android tablet to struggle to meet the demand for it in the same way the iPad has. While ASUS original plan was to ship 300,000 Transformers in the second quarter, they shipped 400,000 just in April and May.

With the increased popularity of their first honeycomb device, while other manufacturers are cutting their supplies due to overestimating the sales, ASUS will be upping their shipments to 300,000 Transformers for just the month of June. ASUS claims this will put the transformer at the top of the Android tablets. We’ll have to see if Samsung’s sexy new Galaxy Tab 10.1 has anything to say about that when it launches nationwide next week.