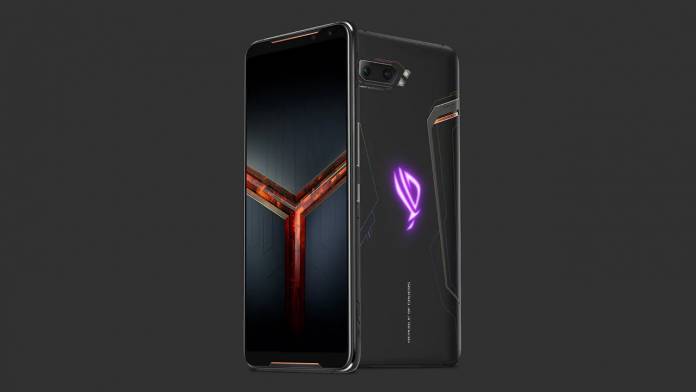 Mobile gamers are itching to get their hands on the Asus ROG Phone 3 and the wait is agonizingly close. A week ago the Taiwanese OEM announced that their next gaming phone was coming in July and now the date has been confirmed. As speculated, the beastly device is going to debut on July 22 – apparently the same date when ROG 2 was announced last year. The news is evident as Asus has put up a landing page for the ROG Phone 3 which shows the countdown to the online launch at 11AM ET.

The specifications of the device are already clear as the Chinese regulatory agency TENAA last month revealed what gamers are going to play around with. Also, there have been multiple teasers that give a fair idea about the Asus phone. It will be running on the flagship Snapdragon 865 SoC which will be overclocked for peak performance.

In all likelihood, the phone will sport 8GB of LPDDR 5 RAM which could even go upto 12GB. Likewise, the UFS 3.1 storage options could be 128GB, 256GB or 512GB. According to TENAA, the phone has 6.59-inches display with FHD+ resolution though the refresh rate remains unknown. Our safe bet is at least 120Hz, but don’t be surprised if it comes with screen refresh rate of 144Hz.

Asus ROG Phone 3 will have either 5,000 mAh or 6,000 mAh battery with fast charging capability. The camera module will have a 64MP main lens, 13MP wide-angle lens, and a telephoto lens with currently unknown camera sensor. Sadly, according to TENAA’s listing, the phone will drop the 3.5mm headphone jack this time around.