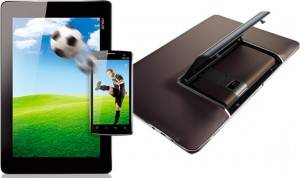 Earlier this year back in May we heard ASUS had something special in the works and later the press photos were leaked of what they are calling the ASUS Padfone. According to Alex Sun, head of their Personal Mobile Device Department, the Padfone will in fact be launching with Android 2.4 (or 4.0) Ice Cream Sandwich.

Ice Cream Sandwich as we all know should be unifying current versions of Android into one tasty “Sandwich” and this would be the ideal operating system for the ASUS Padfone. What we have in case you’ve forgot is a 10.1″ Android tablet but with a compartment on the rear that will house the brain of the tablet, and that will be a powerful dual-core ASUS Smartphone. We’ve seen it before but this picture below might help a few readers out. 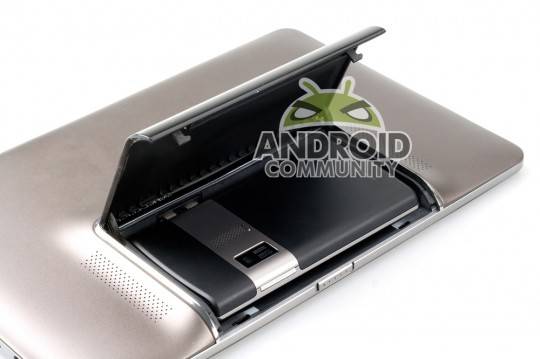 According to our sources there was also some small talk regarding a few exciting things. Those were that we should see the Padfone around October/November, possible a 3D version, as well as offering a 4G LTE Padfone coming early 2012. While we haven’t seen much promise from the smartphone department at ASUS, the Transformer tablet quickly became a front runner in the Android tablet market and is still selling like hot cakes and hard to keep on the shelves so we are all excited to see what they bring next to the table.

While this video might not be all that new, A lot of readers most likely haven’t seen it and it details just what we can expect to see with the upcoming ASUS Padfone in the coming months.