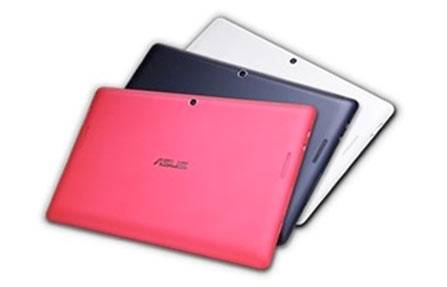 Details about the ASUS MeMO Pad tablet have been surfacing here and there lately. In the recent past we saw a few retail product listings and press images for the MeMO Pad 10. As of today though, it looks like ASUS has officially unveiled the tablet. The key here, while the MeMO Pad 10 has been unveiled, it looks as if that has only been for one market.

Basically, ASUS was showing off the MeMO Pad 10 during the recent Thailand Mobile Expo. We are also expecting the company to have the MeMO Pad 10 on display during Mobile World Congress which will take place later this month. Maybe at that time we will get a bit more detail in terms of a global release schedule.

In the meantime though, the specs have been confirmed and the pricing (for Thailand) has been announced. The MeMO Pad 10 is running Android 4.1 Jelly Bean and with features to include a 10.1-inch WXGA display, quad-core 1.2GHz NVIDIA Tegra 3 processor, 1GB of RAM, 16GB of internal storage, microSD card slot, 1.2 megapixel front-facing camera and a 5 megapixel rear-facing camera. Basically, the MeMO Pad 10 arrived just as we had suspected based on previous reveals.

What we have for the pricing is THB 10,900, which is roughly $360 in terms of US dollars. Otherwise, the tablet is sporting the model number of ME301T and will be available in various colors to include white, blue and pink. In the end, a price around $360 doesn’t seem all that horrible, however it may be a bit on the high side given the current crop of competition.