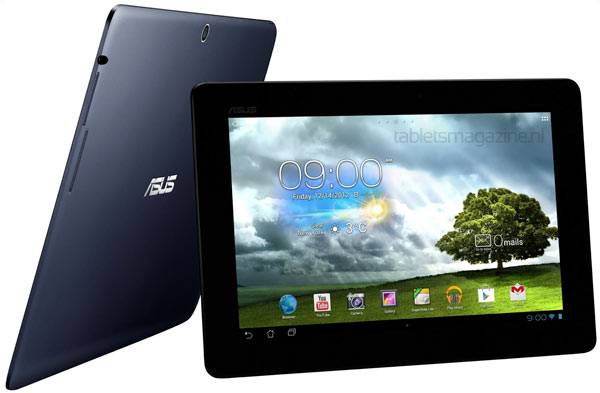 We have yet to see anything official in terms of an announcement from ASUS, however it looks like some additional MeMO Pad 10 details have surfaced. These latest come in addition to the recent unboxing video and include some press images as well as some retail product listings.

Diving right in here, the press images offer another look at the tablet. Of course, given we had already seen the unboxing — we had already known what to expect in terms of looks. That is not to say these images are useless though. In fact, they do show the tablet as coming in two colors — blue and white. Coincidentally, the MeMO Pad 10 looks similar to the Transformer Pad 300.

Perhaps nicer though, these images also arrived with some details in terms of the specs. Keep in mind, we have seen some of these before, and while they are still not official, they do seem to add a bit of further confirmation. That said, the MeMO Pad 10 should arrive with a 10.1-inch (1280 x 800) IPS LCD display, quad-core NVIDIA Tegra 3 processor, 1GB of RAM, 16GB of internal storage and running Android 4.1 Jelly Bean. Other details include the tablet as having a microSD card slot, USB and HDMI as well as a 1.2MP front and a 5MP rear-facing camera.

Otherwise, while we have already seen some retail listings, we are expecting to see an official announcement during Mobile World Congress. In the meantime though, the listings that have been spotted are showing prices ranging from 329 euro on the low-end and up to 389 euro on the high-end. Finally, in addition to seeing the blue and white press images, these retail listing also show the MeMO Pad 10 as being available in red and pink.