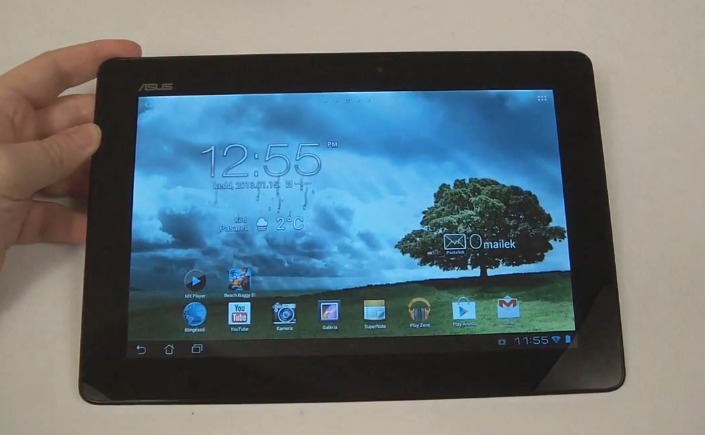 The folks from ASUS have a few new awesome Android tablets in the works. While all the attention was on their leaked 7-inch MeMo Pad that many thought would be a $99 Nexus, another tablet was brewing behind the scenes. This weekend the all new ASUS MeMo Pad 10 tablet has surfaced and we have an entire unboxing video to go along with it.

ASUS hasn’t officially announced this tablet yet, but a few lucky folks already have one in their hands to enjoy. What you’ll essentially be seeing below is a redesigned, slightly thicker, yet cheaper Transformer Prime in a sense. The new ASUS MeMo Pad series aims to be more budget friendly while not compromising on performance or portability. I’m liking the stereo speakers too, something that has been a problem for ASUS tablets in the past.

We were pretty surprised ASUS didn’t show this off at CES, but now we can confirm its existence most likely they’ll be showing it off at MWC later next month in Barcelona, Spain. The tablets official model number is ME301T and should hit the streets as the ASUS MeMo Pad 10. For some reason ASUS is going with last-gen specs, but here’s the video:

According to the leaked details the MeMo Pad 10 will sport a 1280 x 800 HD IPS display, but the rest of the specs match previous offerings and aren’t anything new. You’ll get a 1.2 GHz NVIDIA Tegra 3 (not the 4) quad-core processor, 1GB of RAM, and 16GB of storage. As usual ASUS added a micro-SD slot for expanded storage, and a pair of cameras. The rear however was dropped from 8MP to just 5. We’ll be working with Android 4.1 Jelly Bean out of the box too. Hopefully this will be priced fair and to compete with the others, especially considering many tablets are headed to market with higher specs. ASUS is aiming for the budget crowd again here.