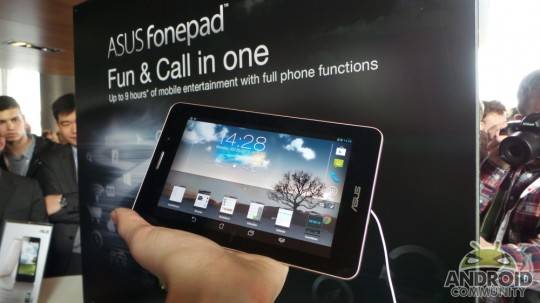 In addition to spending some hands-on time with the PadFone Infinity, we also set aside a few minutes to check out the Fonepad. This is a 7-inch tablet that will be arriving with full phone support. ASUS has said the Fonepad availability will begin in April and that it will be priced from $249. The key here, unlike the PadFone Infinity where the smartphone docks into the tablet, the Fonepad is the tablet, and the phone. 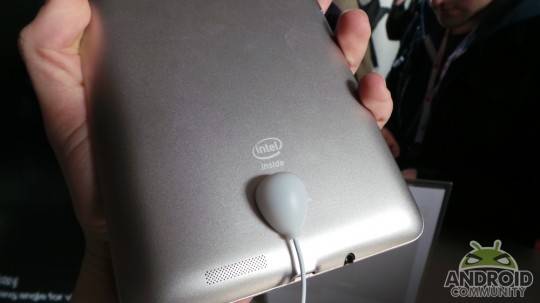 Other goodies here include 8/16GB of internal storage space, a microSD card slot and 1GB of RAM. Graphics come courtesy of a PowerVR GX540 GPU. The Fonepad will be running Jelly Bean at launch and ASUS is pushing this one as a perfect tablet for those who want to carry just one device but want or need the “voice communication features of a smartphone and the entertainment opportunities afforded by a tablet.”

So how about it, anyone interested or willing to drop their current smartphone and tablet in favor of a tablet that can also make calls? We can see the appeal, especially for those who are making fewer and fewer voice calls, but there is still something to be said about being able to slide your phone in your pocket. That thought aside, make sure to check out these Fonepad hands-on images and stick around for more Mobile World Congress coverage.