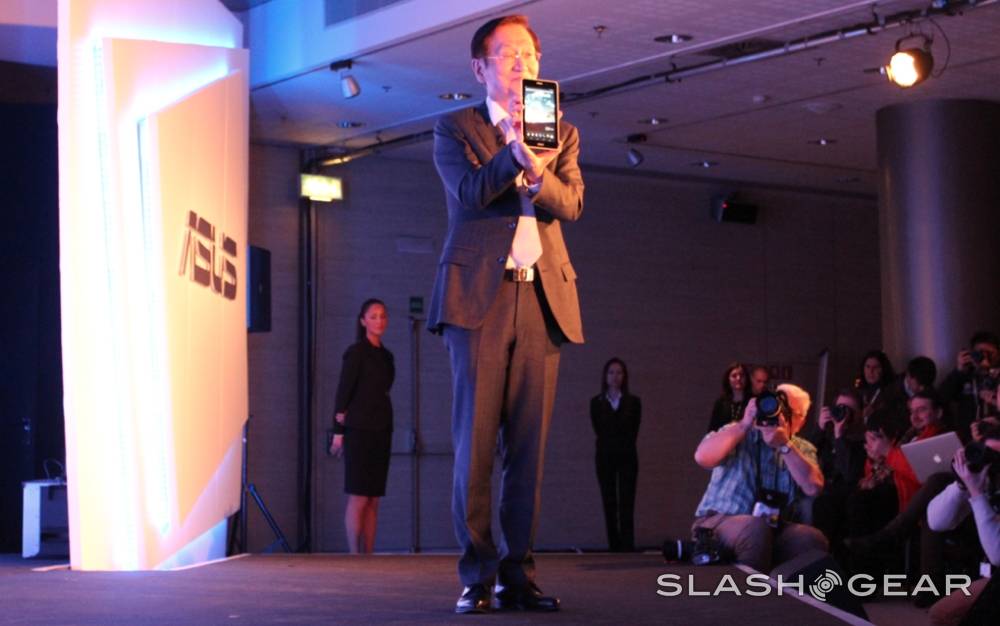 ASUS has officially announced the Fonepad, a 7-inch tablet which as the name would imply, will launch with full phone functionality. The Fonepad will bring a 7-inch IPS display with an HD resolution of 1280 x 800, an Intel Atom Z2420 processor and Android 4.1 Jelly Bean. Unlike the PadFone which may not ever make it to the US market, ASUS has said the Fonepad will arrive in March and priced from $249.

Otherwise, the Fonepad will measure in at 10.4mm thick and weigh in at 340 grams. For those bordering on the why. As in why would someone need and/or want a tablet that is also a phone. Well, ASUS is pushing this as being “ideal for people who value both the voice communication features of a smartphone and the entertainment opportunities afforded by a tablet, but prefer the convenience of carrying just one device.” Makes sense in that respect.

Furthermore, it would also mean having just one bill with a carrier as opposed to having two (assuming you have a connected tablet with plan). In addition to the Fonepad, ASUS has announced a few accessories that will arrive at launch. These include the VersaSleeve 7 and Turn Case. The former is a wraparound cover with folding design and the latter is a hard-shell case with soft interior.