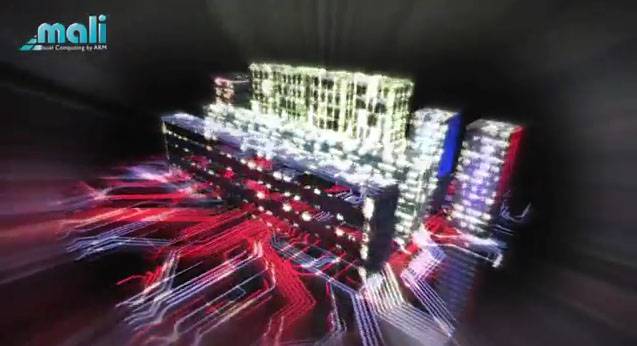 The Android world is abuzz with the dazzling quad-core Tegra 3 at the moment, but ARM doesn’t want you to forget about its mobile chip offerings. The company has shown off its latest Mali chip, the T658, yet another contender for the tiniest computing crown. The eight-core architecture should allow for significant performance gains in both the CPU and GPU.

How much performance, you ask? ARM is claiming that the new chips will increase CPU capability by 4x, and graphics capacity an intredible ten times over. The chip also supports some of ARM’s latest technology in power management, ensuring that blistering speed won’t go through you r battery just as fast. Of course there’s no way of verifying that claim until devices with the new silicon start appearing, and that will probably be at least a year from now. For a little third-party validation, you can check out the conformance parameters here.

Check out the rather fanciful video below:

ARM’s CPU/GPU combination is favored by Samsung and LG, so you might see the Mali-T658 show up in the Galaxy S IV (or whatever comes after the Galaxy S III will be called). For the time being the Nvidia Tegra 3 is the processor to beat, and will be shoeing up soon in the Asus Transformer Prime and this spring in the HTC Edge. Of course, you shouldn’t expect Qualcomm and other chip makers to rest on their haunches in the meantime.