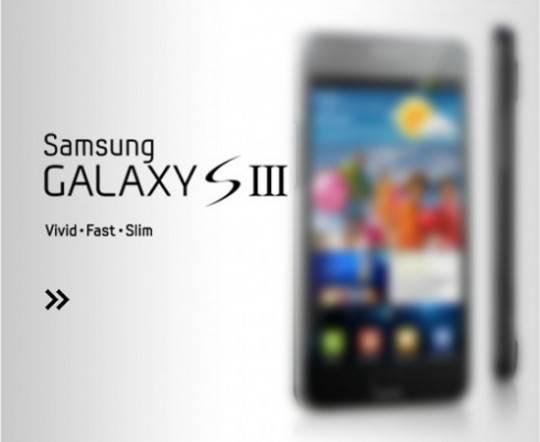 Who wants some juicy details of the upcoming Samsung Galaxy S III? For now we’ll just say take this with a grain of salt although it looks pretty exciting, and somewhat legit too. We heard some details leak from a very flaky source last month, so seeing what could be an actual internal document here makes me feel much better. Head on below for all the juicy details on this 1.8 GHz dual-core powerhouse smartphone.

According to what sources say is an internal document from Samsung (below) we have a 4.65″ Super AMOLED Plus HD display (similar to what we should see in the Nexus), then the good stuff is a 1.8GHz Exynos 4212 processor (no quad-core sadly), 2GB of RAM, and a huge 12MP camera. Does that sound awesome to any of you guys? As if the Galaxy S II wasn’t ahead of the rest already right. Clearly slated for 2012 we can also see Android 4.0 Ice Cream Sandwich as the operating system, but that is what we all should be expecting anyways. 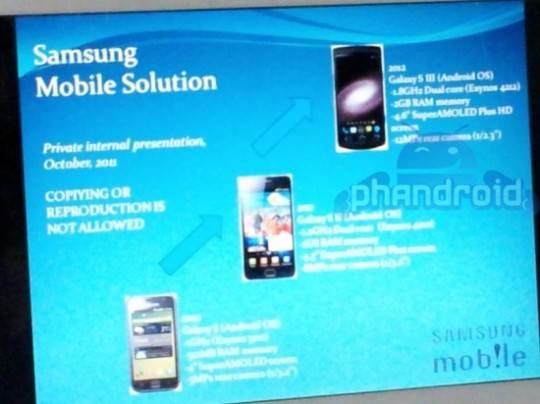 Is this the evolution of the Galaxy S III, or come 2012 will they have their quad-core processors ready to take on NVIDIA’s Kal-El. A few interesting notes from the leak also mention that while running ICS it will retain the usual 4 Android capacitive touch buttons, something I find a bit odd. They also mention the design will see a change to avoid further legal issues, among other things. We can expect the Galaxy S III to be even thinner than the II, and faster of course.

Do take notice of a few typo’s and the original Galaxy S is listed as an Exynos chip when in fact it was a Hummingbird processor. This could be a neatly faked document and as always we take these sort of leaks with a grain of salt. It is fun to speculate and dream though right guys?