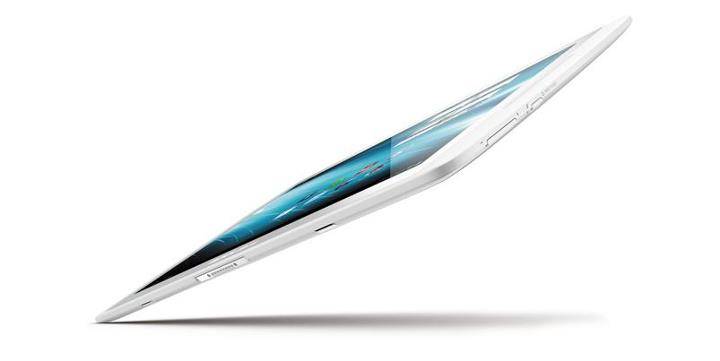 Archos took to their Twitter and Facebook pages to let the cat out of the bag regarding their upcoming Android tablet. We’ve seen a few teaser images in the past, but now we are getting the first look at what Archos has been working on. This is their brand new Archos Gen 10 tablet — complete with a keyboard dock and all.

We don’t have any detailed specifications at this time, but hopefully they’ve stepped it up given the recent competition. What we do know is this ultra-thin white tablet will also come with what will hopefully be an optional keyboard dock. Archos is aiming at ASUS and their Transformer series with this one.

As you can see from the video below, released back in March, Archos has been working on this latest tablet offering for a while now. Hopefully it will come with Android 4.1 Jelly Bean, but that can’t be confirmed. The tablet looks super sleek and sexy in the latest images, but they don’t have the best reputation for top-tier devices.

Last night Archos announced to the world that their new Gen 10 tablet, being called the Archos G10 will be coming soon. Followed by, “See you in 3 weeks for the launch announcement.” Samsung has their own announcement on August 15th, then it looks like Archos will be next on the list. Hopefully whatever they announce along side the new G10 is worth the wait. As long as they’ve improved the build quality some, we expect good things from the G10.