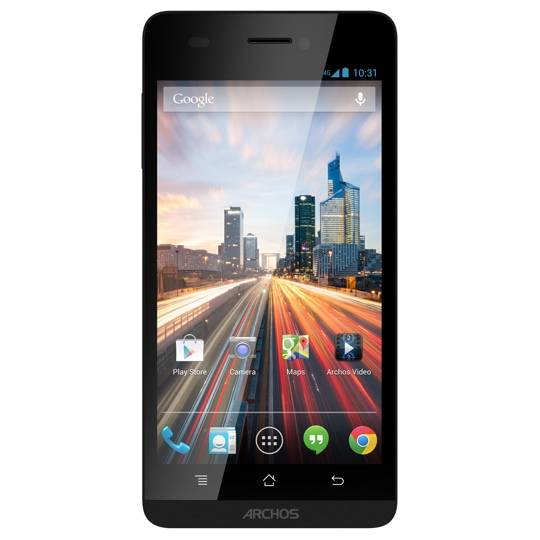 Archos has officially unveiled a pair of Helium branded smartphones. The two devices include the 45 Helium and the 50 Helium, which will bring a 4.5-inch and 5-inch display respectively. They will both be powered by a quad-core 1.4GHz Qualcomm MSM8926 processor and both will be running Android 4.3 Jelly Bean at launch.

While no timeline was given, Archos did say both these handsets will be upgradeable to Android 4.4.2 Kit Kat. Similar to the processor, these both also have 1GB of RAM, Adreno 305 graphics and a microSD card slot. Some of the other specs shared across both include 4G LTE, WiFi, Bluetooth 3.0, A-GPS with GLONASS and microUSB for charing.

As for pricing, these handsets will be $199.99 and $249.99 for the 45 Helium and 50 Helium respectively. Aside from this pair of smartphones, Archos will also be showing some Connected Self and Connected Home devices during CES.