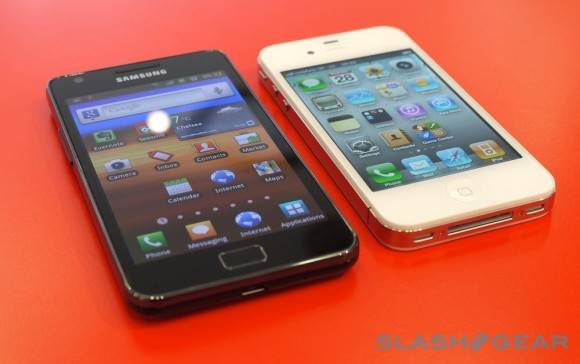 Stop me if you’ve heard this one before. After battling nearly every major Android OEM for the better part of 2011, Apple seems to be wasting no time in bringing its litigious streak into 2012. Bloomberg reports that it’s petitioning German courts for an outright sales ban on 10 Samsung smartphones, including the popular Galaxy S II. Apple’s objections have to do with its design patents, which won it an injunction against the Samsung Galaxy Tab 10.1 last year.

Some of us had hoped that without Steve Jobs fueling a vendetta from the top down, Apple might try to improve its own products instead of crying to various world governments about the competition. Aparently not. Despite setbacks in Australia, where Apple’s case against Samsung was thrown out entirely, the United States, where they were denied an injunction, and Germany itself, where their objections to the revised Galaxy Tab 10.1N fell on deaf ears, Apple appears to be taking the same stubborn approach. Initial hearings on the new case should be brought before the court in Dusseldorf sometime this spring.

If you’re tired of reading about Apple’s worldwide temper tantrum, imagine how tired we are of writing about it. If Cupertino can’t win in the market (and from the latest market share numbers, they can’t) they’re determined to win in the courts, despite being shot down as often as they find victories. Even when they win, their competitors simply design around their overly vague patents – see the case against HTC from late last year. Remember, Apple, good artists copy and great artists steal – try to remember who said that when you’re suing the next Android OEM for implementing your patented iFace unlock technology in 2013.