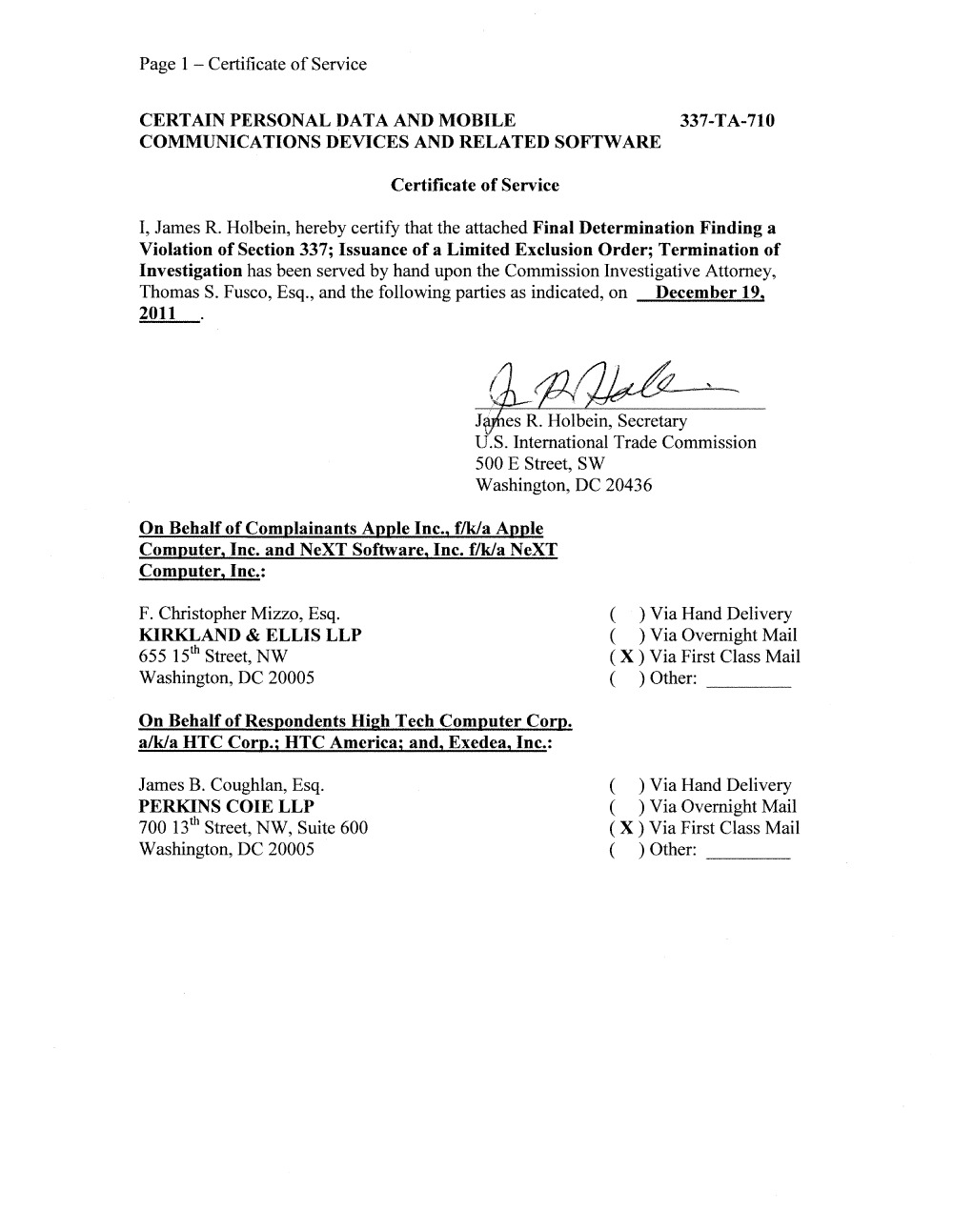 In a blow for Android, not to mention the free market, innovation and common sense, the United States International Trade commission has ruled in Apple’s favor in its case against HTC’s Android devices. Certain devices, not currently articulated, will be illegal to import into the United States as of April 19, 2012. The two companies may reach a patent settlement, or President Obama may veto the order.

Apple brought forth its case based on several patents, but the one that it won the patent case one is a system level patent, according to The Verge. The injunction will go to the desk of President Obama, who will have sixty days to veto the motion or sign it. (He’s a Blackberry guy, so we’ll call him neutral in this case.) Vetos against an ITC decision are rare, but something tells me that this case will receive particular attention.

What happens now? Normally when two large companies come to blows over patents, a licensing deal is hammered out before it actually stops sales or imports. And that may indeed happen – but if anyone is poised to buck the trend in patent litigation, it’s Apple. The company refused to settle with Samsung in their Australian patent case, forcing a long and drawn out system of appeals.

It was revealed in the recent autobiography of late apple co-founder Steve Jobs that he was furious over perceived theft of intellectual property in Android, and declared that he would “spend my last dying breath if I need to…I’m going to destroy Android because it’s a stolen product.” Apple’s non-cooperative and litigious actions in Australia and Germany seem to be in line with that imperative. Apple eventually lost the Australian case on appeal, and Samsung’s tablets are once again on sale down under.

Apple also tried to ban Samsung from selling phones and tablets in the US based on design patents, and the injunction was denied earlier this month. Apple’s efforts to harass, stymie and generally beat Android manufacturers into economic death using the patent system have so far met with mixed results. What happens now depends upon how willing Apple is to negotiate (a factor that may have changed after Jobs’ death) and whether or not President Obama agrees with the ITC ruling.