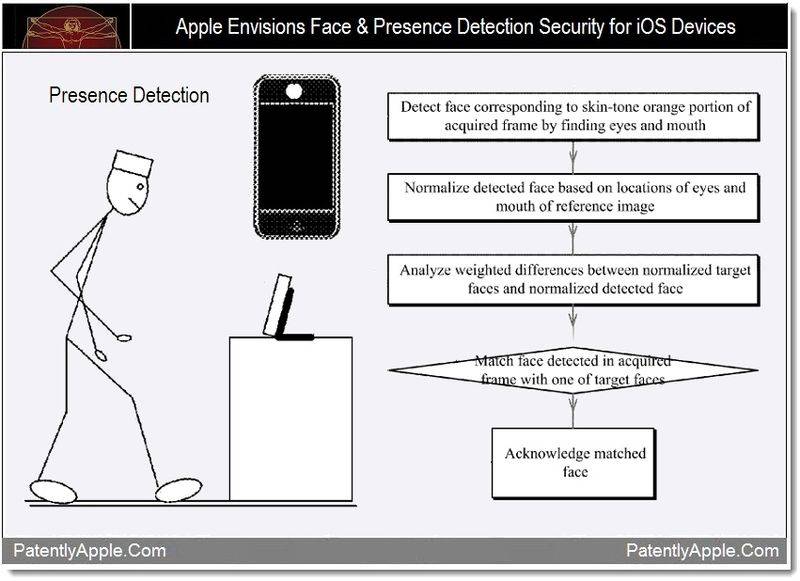 I’m not really sure where to start on this one other than oh wait — Android already has the feature. It’s called “Face Unlock” and is available on the Samsung Galaxy Nexus within Android 4.0 Ice Cream Sandwich. Just like our friendly source over at Phandroid I don’t really want to simply sit here and bash Apple but I can’t help but do so a little bit with this latest “innovation” and patent they’ve applied for.

At first glance your are probably thinking seriously, what the hell. And I was too but after looking through the patent and information a bit closer over at PatentlyApple you’ll quickly notice that this has been in the works for at least a few years — and originally wasn’t aimed at iOS or mobile devices and actually was for laptops and computers.

Obviously we don’t know Apple’s plans, or how long this has been brewing — or why Google hasn’t patented this themselves for mobile devices but this could cause some potentially big problems later on. Something like “Face Unlock” has been around forever and seen in hundreds of movies so the thought of it being special and an innovation exclusively to Apple seems a bit ridiculous. We don’t know all of the details and Apple’s patent seems to be quite thorough but either way I’m not liking the sound of this already. It almost seems as if Apple is just scooping up any and all possible patents to use as ammunition to fight the competition in the court room, rather than on the shelves.