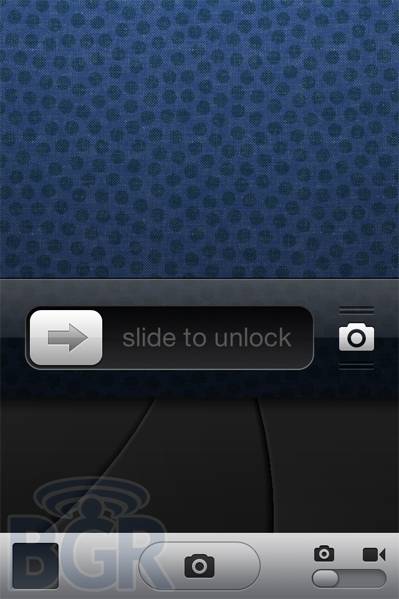 “Good artists copy. Great artists steal.” A certain megalomaniacal CEO is famous for this phrase, though the company that he co-founded seems to have forgotten the often-repeated mantra in the last few years. There seem to be plenty of “great artists” left at Apple: In addition to basically lifting Android’s notification system and slapping it into iOS 4, then copying homescreen folders for iOS 5, it looks like they’re planning on yet another misappropriation for iOS 5.1. BGR caught an early glance at the new lockscreen for the March update, which has an “innovative” feature added: users can either swipe right to unlock the phone, or swipe up to go straight to the camera app.

Yup, it’s a tongue-in-cheek copy of Ice Cream Sandwich’s new unlock screen, which offers the same two functions in right and left swipes, respectively. This wouldn’t be aggravating, or even notable, if it weren’t for the fact that Apple’s suing the pants off of absolutely everyone it can drag into a courtroom over its original slide-to-unlock patent. They’re suing Motorola in Germany and Samsung right here in the good old US of A… for the Ice Cream Sandwich unlock screen. The same exact feature that they’re copying for an OS release four months later. Stay classy, Apple.

It’s not as if Android hasn’t used other mobile OS platforms as an influence. The app switch feature in Ice Cream Sandwich is basically a version of WebOS’ card system originally developed by Palm. And speaking of Palm, the iPhone homescreen grid that Apple has so staunchly refused to change is a carbon copy of PalmOS’s launcher that goes back to the early 90s. It really doesn’t bother us if Apple wants to use good (if less than original) ideas to make their products better – that’s part of the consumer electronics world. But to bust out the lawyers to sue a companies that are improving on your idea, then steal it anyway? That’s just downright hypocrisy.