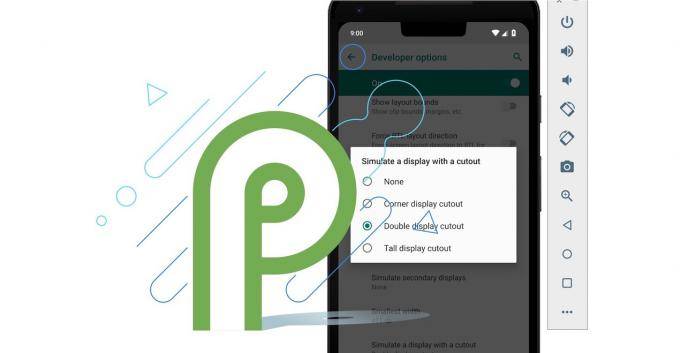 We’re still not sure if it’s going to be Pistachio as Huawei may have hinted but we believe Android P will be revealed very soon. Some features may be limited to the Pixel 2 and the next-gen Pixel 3 but that won’t stop us from trying and finding out what the new Android version can bring to the table. The Android development team has been busy beta testing, doing fixes, and adding final touches to the new dessert that is about to be served.

This week, Android P Beta 4 is available for the brave ones who dared to install and test the new mobile OS on their smartphones. The tech giant will be launching the official Android P after this Beta 4. It’s the last preview before the commercial release so we suggest developers get the latest version and update their apps accordingly. It’s important that mobile apps work well with Android P so no problem or minimal issues can be experienced at launch.

If you’re a developer, you have enough time to transition to Android P. This particular update delivers a build with final system behaviors. The official Android P APIs (API level 28) are also ready. All these should be enough to test apps for Android P. It should be easy to test your application. Simply install on an Android P Beta phone or run on an emulator. Go through the app and navigate to see if there are any kinks while on Android P. Update the apps when you see any even a bit of a problem.

Make the necessary changes and additions to your Android app and then publish to the Google Play Store immediately. No need to change the platform targeting but you need to be prepared further especially when Android P starts reaching other non-Pixel devices. Only then can we know if apps work correctly.

There’s so much to learn about Android P. There are different features and APIs to discover and take advantage of. Some examples include display cutout, multi-camera support, TextClassifier, ImageDecoder, and enhanced notifications. You can test them and start building with new APIs. Download the API 28 SDK and tools into your Android Studio 3.1 or 3.2. Update targetSdkVersion and compileSdkVersion to API 28.

Your app should be able to support the behavior changes. Publish your APK once ready but you may choose to target API 28 only. Opening your app to beta testers may help before you device on a final rollout.

Android P Beta 4 for Pixel is available when you enroll on the Android Beta Program page. Preview beta testers will be updated to the new version automatically.

There’s not much noticeable difference but Droid Life noted the voice icon disappeared. The auto-rotate icon has been changed as well. The Google Pay service still won’t set up on a device for in-store payments. There may be other changes and features we have yet to discover but everything is there to finalize and lock in Android P for public launch.

For Essential Phone owners, we’re excited to share Android P Beta build is also available for you. The Essential team recently released the build that features several enhancements, bug fixes, and Google Android P code integration. Note this is the same as the Android P Developer Preview 5 or Beta for Pixel. It’s one and the same but it’s only the third public data for the Essential PH-01.

This Developer Preview 5 is the last one before Google officially launches Android P and reveals what new dessert we’ll be partaking.