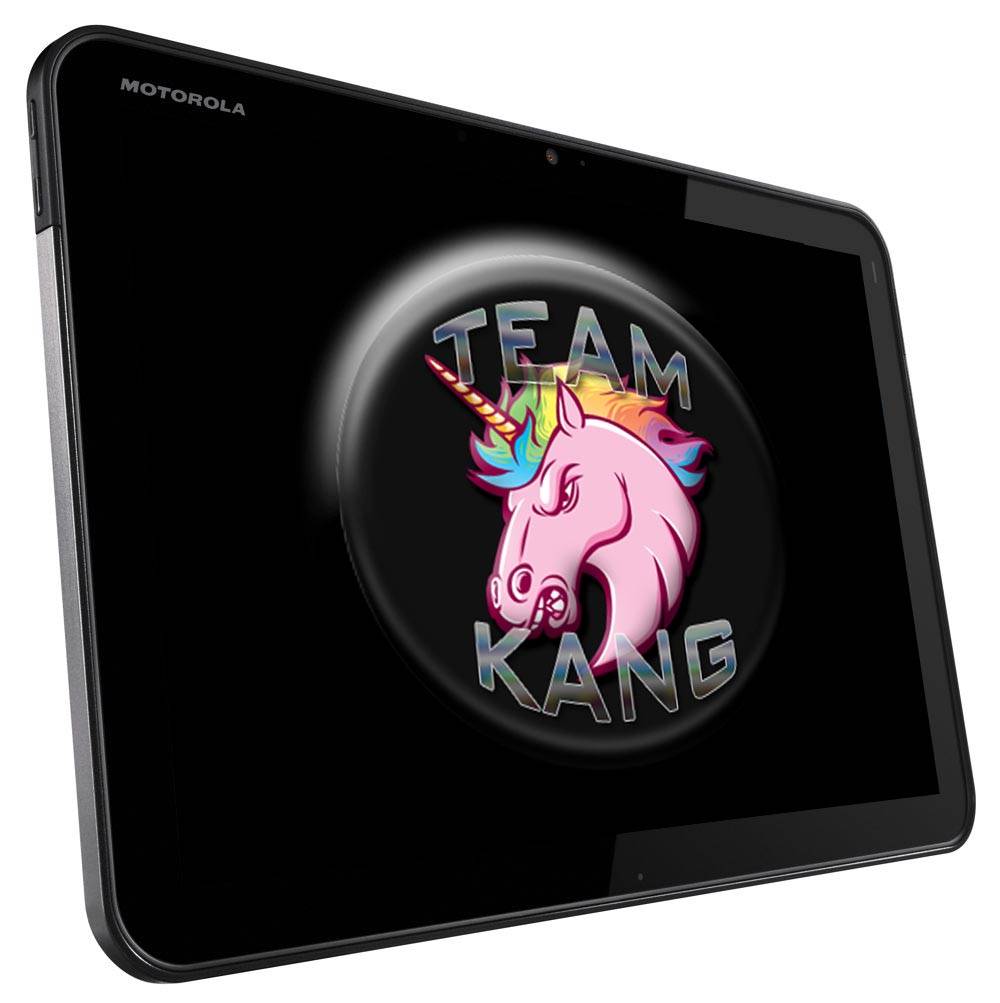 The Android Open Kang Project from Team Kang is yet another relatively extensive modification of Android’s open source code, available for a wide collection of devices including the Galaxy Nexus. For those of you who prefer your developer devices in tablet form, an Ice Cream Sandwich build for the Motorola XOOM is now available. Download the unicorn-themed ROM at your leisure, remembering of course that your warranty is gone like the promises of a thousand smiling politicians.

AOKP is similar to CyanogenMod, while having a distinct set of features and quirks. The now standard set of custom modifications to Ice Cream Sandwich is present, including custom power toggles, a fix for Facebook’s contact sync, and deodexed app files for custom themes. Naturally the ROM is rooted from the get go. AOKP for the XOOM is currently on Build 22, relatively early in its development, though from reports already showing promse when compared with Google’s stock ROM.

To flash AOKP, just download the ROM from the primary RootzWiki thread, reboot into a custom recovery (Assuming that you’re already rooted and all that jazz), wipe your current software and flash it in the normal fashion. As always and especially in Alpha ROMs, make a Nandroid backup of your current install for the unlikely event that something goes wrong. Like CyanogenMod, AOKP does not include Google’s apps, so you’ll need to flash a separate file to get access to Gmail, the Android Market, et cetera. Builds are available for both the WiFi-only XOOM and Verizon’s 3G version.