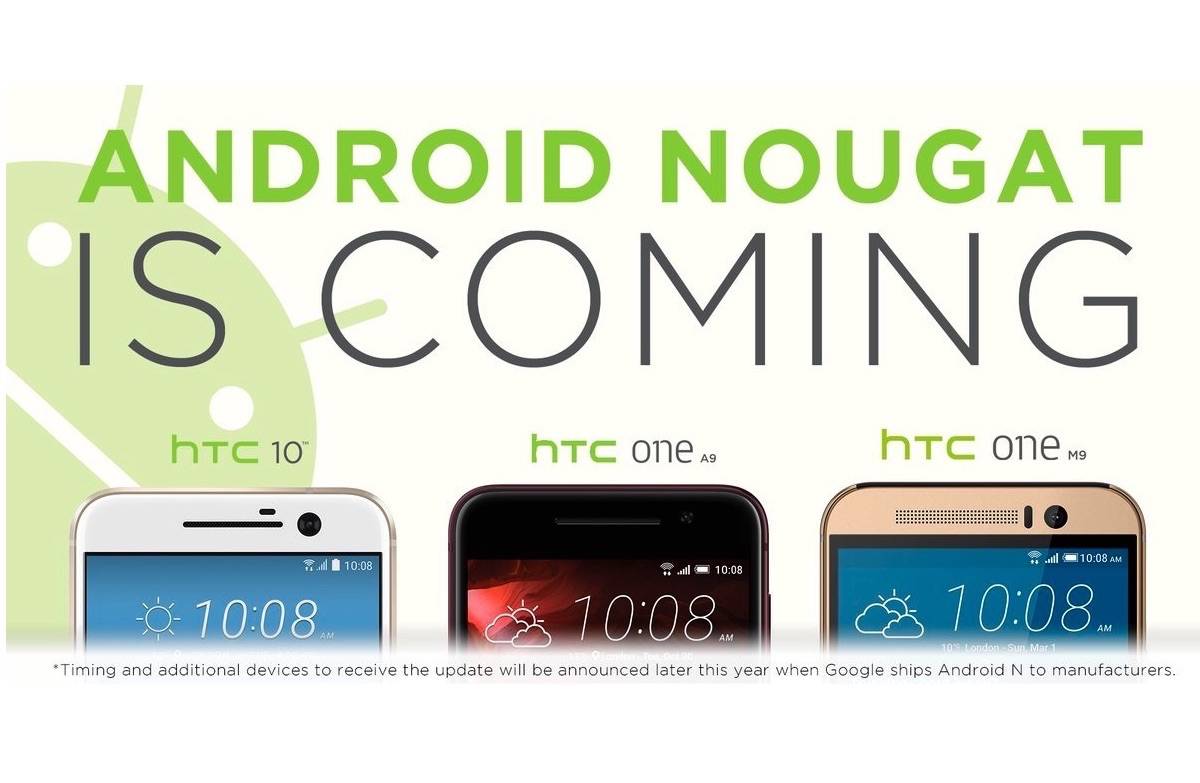 One of the first OEMs to proudly announce the newly unveiled Android Nougat will be coming to their flagship phones is HTC. Others are surprised but not us because as early as May, the company made the same announcement that the Android N will be ready for the HTC 10, One M9, and One A9. It’s more like a reminder now or maybe a more formal announcement because the ‘N’ has already been named as Nougat.

So it won’t be Nutella or New York Cheesecake. No Indian dessert as well. The Nougat is nutty and soon, the latest premium phones from the Taiwanese tech giant will be taking a bite off the nutty Nougat. We’re tempted to say HTC is turning nutty but saying that one is going nuts is not a good thing. Actually, we’re proud of HTC for taking such step to inform its fans that it’s still working to upgrade to the latest Android version.

The announcement was made via Twitter and just like before, not much details have been covered. No mention on the Android Nougat features yet but we’ve seen several Android N Developer Previews the past few months so expect most of them on the “nutty” HTC 10, HTC One M9, and HTC One A9.