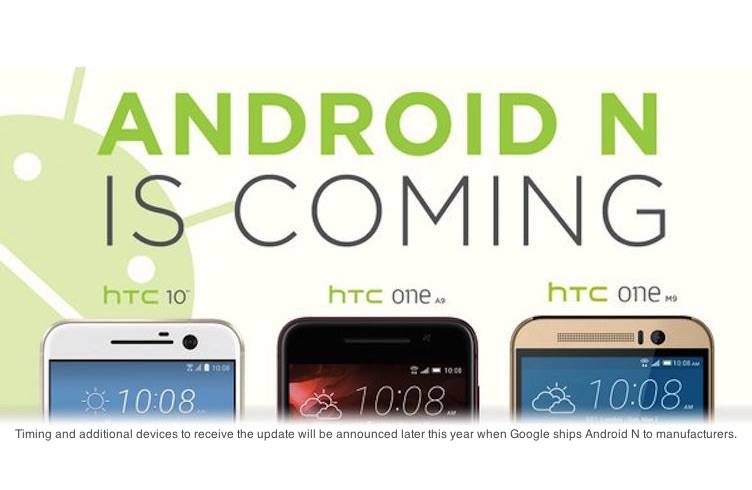 The Android N isn’t even officially released but HTC has already announced that the latest flagship phone will get updated to the new platform. That’s something imminent but not all OEMs would think of making such announcements this early–yet. We commend the Taiwanese tech giant for sharing the good news via its Twitter account. At least we know that HTC is remaining positive about its products. The HTC 10, HTC One A9, and the HTC One M9 will soon receive the sweet Android N dessert later this year, if not, early in 2017.

This news is nothing but a sweet pronouncement of things that are really supposed to be imminent. But since we’re not sure about HTC’s fate, this is welcome news for HTC fans. While waiting for Android N, HTC will continue to be busy releasing the Marshmallow updates for the latest smartphones. So far, here are the devices that are eligible for the software update:

We’re expecting more HTC devices will receive Marshmallow and the upcoming Android N. Some features we can expect from Android N include improved runtime and graphics, more streamlined multitasking menu, split-screen or multi-window, picture-in-picture mode for Android TV, upgraded notifications, quick-reply from notification, Unicode 9 emojis, and the much-awaited VR Mode. We’re assuming this Android N will be integrated with the newly launched Daydream.