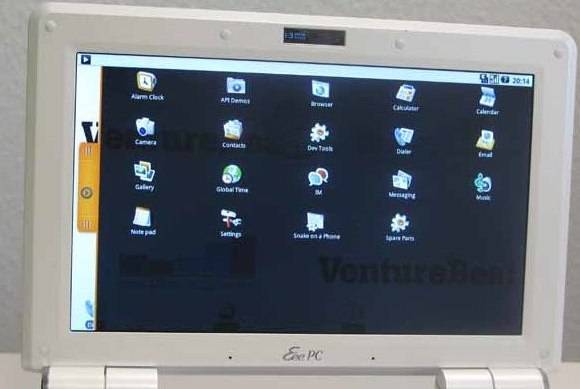 We started the week off with a hardware hack that allows users to use the T-Mobile G1 with an iPod dock and speakers. Though this hack is not pretty and only somewhat useful, it is very interesting and really gives the iPod the good old one two.

Open source developers who prefer using Python to Java can now rejoice as Damon over at damonkohler.com has managed to get it running on his G1. As most projects are in the first stages this is still a little rough, but it does show great promise with future development. More photos of the OpenMoko FreeRunner running Android have surfaced. Nothing new or exciting to report here.

ShopSavvy needs your help to win the Crunchies 2008 Best Mobile App award. Voting only takes a few seconds and two clicks of the mouse. Please help Big In Japan win the award for creating such an amazing application. Google has sent out an email to those registered as developers informing them that paid applications will indeed be available in mid January. So grab the free applications while you can.

HTC has a firm belief that the cupcake update will become legitimately available through Google in time. HTC has no say while Google and T-Mobile are in full control of what is included in the update. Right now Google and T-Mobile are declining to comment on such a statement. The guys over at VentureBeat have managed to get Android running on the Eee PC 1000 netbook. Though there are still a few issues with the port, they say that the process was fairly easy. There were a few other discoveries made while digging through the source code.

The RC29 firmware has made its way to the Internet and now users who upgraded to the RC30 firmware and lost root access can now regain it. The process is fairly easy to do and has been confirmed to work. As with all firmware updates we advise you to proceed with caution.