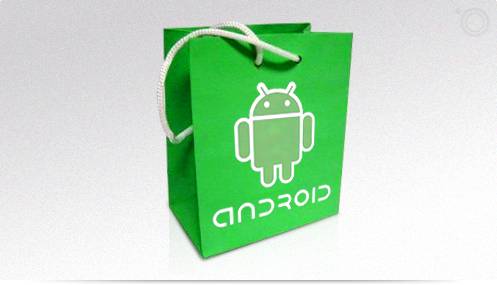 Google has finally come around and decided to update the Android Market for developers. Google sent out an email to one of our users stating that they have been working on “several significant updates” to the Android Market.  First off Android Market will become available to users to download apps in more European and Asian countries starting early in the first quarter of 2009.

Some of these countries include Germany, Austria, Czech Republic and the Netherlands.  In mid January Google will update the Android Market publisher website in order to enable country targeting. They also confirm that priced applications will be available at the same time (early January). Apparently the payment support from country to country is not very easy to setup.

The priced applications will be starting in the United States and the UK, following the initial launch Germany, Austria and Netherlands will have paid apps and France, Italy and Spain will have them by the end of the first quarter. The Android Market website also gives applications a second channel of exposure other than the handset itself. Below is a copy of the attached letter.

Thank you for your participation in Android Market!

Since we launched a couple months ago, the team has been working on
several significant updates to Android Market. I’d like to let you know
about these upcoming changes and what they will mean to you and other
members of our developer community.

Many of you have asked about international expansion plans. I’m happy to
inform you that Android Market will become available to users to download
apps in additional European countries starting early Q1 2009. Some of the
countries we will initially support are Germany, Austria, Czech Republic
and the Netherlands. As we add support for additional countries in Europe
and Asia, we will send out subsequent notifications to you. In
mid-January, we will update the Android Market publisher website to enable
country targeting. Please start thinking about which countries you want to
target and begin preparing your products accordingly (e.g.,
localization). Note that your apps will not become available in these new
countries unless you specifically select them in the publisher website,
after we update it.

Finally, please note that our team may need to occasionally contact you
via email or the publisher website to collect necessary product
information (such as screenshots and descriptions). This information would
be used for the Android Market website, found at
http://market.android.com, which gives applications a second channel of
exposure via the web in addition to the normal on-device access.

We will send out additional details on all these items in the coming
weeks. Thanks for your support, and we look forward to continue working
with you on Android Market.