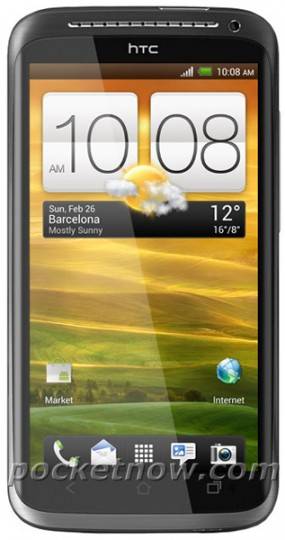 We hope you all had a great Thursday, and here’s a few of today’s top stories. The ASUS Eee Pad Transformer was updated to Android 4.0 (Ice Cream Sandwich) over in Taiwan, so we had figured it would make its way over to the US soon. We’re sure of that now, as ASUS recently confirmed it should hit the states tomorrow.

We’ve seen plenty leaks regarding HTC’s lineup of devices for MWC in a couple days, but a rather nice one presented itself today. The first HTC One X press photo leaked, and for those that don’t know – this is set to be their “hero” device. We’ll be sure to get a few of our own shots while in Barcelona, so stay tuned.

First Verizon Wireless, then AT&T, and now T-Mobile plans on rolling out a 4G LTE network in 2013. It will start out with 10 capable devices, a combination of phones, tablets, and hotspots. The $4 billion and new spectrum that will be used to put this plan into action was from the failed AT&T merger a few months back.

It seems Google has owned Motorola for months now, even though the purchase was made final just a few weeks back. Google is now set to replace Motorola CEO Sanjay Jha with one of their own employees. But who will it be? Dennis Woodside is rumored to be in line for the job, but nothing is for sure quite yet. And finally, be sure to check out Box for Android in the Android Market! They are giving all new users 50GB of free cloud storage. That’s practically half of what many Ultrabooks offer with their included base-model 128GB solid state drives.